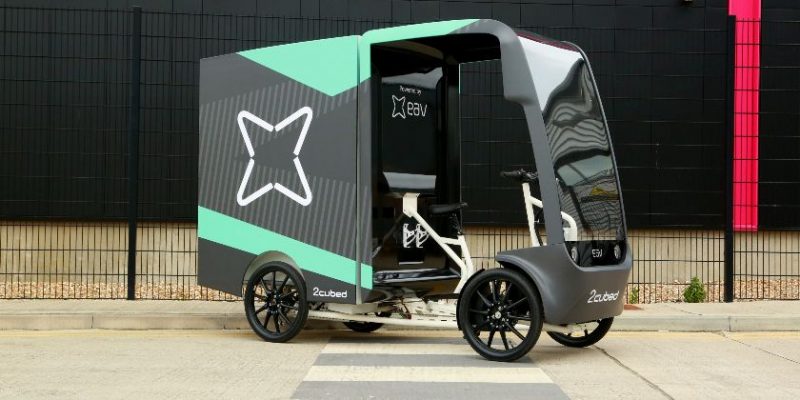 The Oxfordshire-based, world-leading micro-mobility manufacturer, Electric Assisted Vehicles Limited, has been selected for a unique engineering and operations project with the City of Aberdeen in Scotland.

The project, which is funded by the European Union and administered by the German Aerospace Center (DLR), brings together a diverse group of notable partners, including DPD Group, H2Range (a DLR affiliate), Unicorn Energy, Energy Expo, and Brussels University. The program’s goal is to prove that hydrogen fuel cells can be used to provide sustainable last-mile delivery as well as clean, healthy, and livable cities.

“Using hydrogen fuel cells in the last or even mid-mile scenario is an intriguing proposition,” said Adam Barmby, EAV’s CEO and Founder. “At EAV, we track the tremendous growth of the electric vehicle sector on a daily basis. Aside from our concerns about the weight of the growing number of battery-powered vehicles, we continue to wonder where all these batteries will come from. The fact that raw materials for battery production are in short supply is well known, which is why EAV focuses on weight reduction in order to utilize less energy and hence needs fewer batteries. To take things a step further, we’d like to develop a hydrogen fuel cell option that would require a car to have even less batteries because the electricity is generated by a hydrogen reaction, which is about as ecologically good as it gets.”

The Fuel Cell Cargo Pedelecs Project, or FCCP, is an Interreg NWE project that intends to evaluate the usage of hydrogen fuel cell last mile delivery vehicles in seven cities across Europe over the course of a year, starting in Q3 2021. Four of the seven cities where 36 vehicles will be deployed as part of the validation process are Aberdeen, Stuttgart, Luxembourg, and Munich.

EAV’s Head of Partnerships, Leo Bethell, said, “We’re incredibly thrilled to be collaborating with the City of Aberdeen as a major component of this validation effort.” “Every town and city in the world now needs to look at decreasing emissions and providing a cleaner, safer environment for its residents. The COVID pandemic has accelerated a variety of projects aimed at reducing vehicle traffic and reinforcing the need for cleaner, safer cities, with smaller, lighter urban commercial goods delivery vehicles playing a critical role. This is a high-tech project coming to a city that has been at the forefront of modern engineering in Scotland for the past century or so. We’re excited to be at the forefront of hydrogen fuel cell urban car deployment in the United Kingdom.”

The fuel cell system will be powered by EAV’s well-established 2Cubed vehicle platform with its proprietary “Cloudframe” chassis, which is now in its third year of development. The 2Cubed has already been successfully tested and is now being used by a number of well-known delivery companies throughout Europe. It is envisaged that the inclusion of hydrogen fuel cell technology will further legitimize an already highly efficient urban lightweight car with a hydrogen fuel alternative, bringing up a plethora of new options for EAV.

“At EAV, we’re fascinated with weight because that’s where energy is spent and wasted,” Adam Barmby explained. “If we are fueled by hydrogen, we can seriously contemplate using these vehicles to entirely replace vans in all towns and cities throughout the world. Rapid refueling and deployment, with superior operational efficiency than any contemporary EV or combustion engine vehicle at a substantially cheaper cost, with no exhaust emissions or tyre or brake particulate pollution. Lightweight means less damage to municipal roads and pavements, resulting in cost savings for city councils and a safer, more pleasant environment to live and work in. The hydrogen-powered ‘H2EAV’ is the next step towards a simply better future.” EAV has a comprehensive Transport Futures initiative to revolutionize the urban environment.