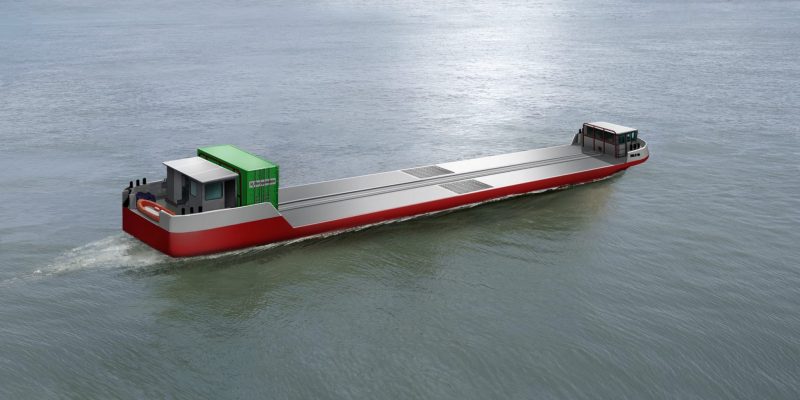 Rhenus Alpina, a Swiss logistics company, intends to reduce the energy dependence of the transportation of products and make it more environmentally friendly.

Switzerland imports the majority of these items via the Rhine, including crude oil, building supplies, and food. Rhine ships deliver around 10% of all products inland. The great majority of the time, cargo ships run on diesel, which produces a lot of CO2 emissions. According to the “Basler Zeitung,” the shipping business Rhenus Alpina has placed an order for six freight ships with hybrid drives in an effort to combat this.

A timid step in the direction of sustainability

Customers are pressuring us to offer greener options. Additionally, we also hope to benefit from improvements in the CO2 balance “says Rhenus Alpina’s CEO Andreas Stöckli, who is located in Basel. A hybrid diesel and hydrogen system will be used to power the new ships.

The six hybrid ships make up a small portion of Rhenus Alpina’s fleet, which consists of about 500 active vessels. However, Stöckli notes that it is a step in the direction of more sustainability: “We are pleased about the benefits in daily life and how we may progressively expand further.”

WWF supports using hydrogen technology to move commodities on the Rhine. Patrick Hofstetter, head of WWF Switzerland’s Climate and Energy division, thinks that inland shipping is perfect for this. Due to the fact that hydrogen tanks are much bigger than diesel tanks – and require room accordingly: The ships on the Rhine may also travel with very modest fuel tanks and refill while docking at various locations. Hofstetter asserts that Rhenus Alpina’s plans for expanding hydrogen-powered freight transportation are feasible and that the shipping business in Europe is inventive. However, there is still a major issue.

Hofstetter notes that the main issue is a lack of “clean” hydrogen production. because it takes a lot of power to produce hydrogen, and green electricity is in short supply. Therefore, knowing where the power originates from is essential. “It makes sense to store this energy in hydrogen if it has a lot of electricity from wind or solar energy.” The WWF specialist, however, maintains that the widespread availability of green hydrogen is still a distant possibility.

The electricity needed to produce hydrogen at Rhenus Alpina will come from a variety of sources. However, a portion will also originate from coal-fired power facilities. However, we anticipate that the percentage of green power will rise much higher “Andreas Stöckli emphasizes that there are additional benefits to employing different types of propulsion. Energy costs are growing due to the conflict in Ukraine, and increasing our independence is undoubtedly something we are thinking about.

The six hybrid ships were commissioned by Rhenus Alpina a few months ago, but it will be at least two years before they can carry cargo down the Rhine.

Trentino to run hydrogen trains on the Valsugana line