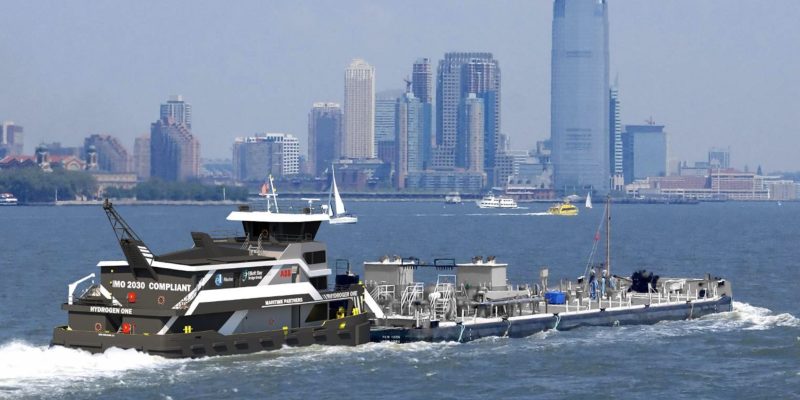 American Commercial Barge Line (ACBL), a maritime transportation corporation with headquarters in Jeffersonville, Indiana, plans to operate Hydrogen One, a pioneering towboat that will use methanol-to-hydrogen generator technology to generate hydrogen rather than diesel to reduce pollution.

The ground-breaking vessel will be built by Intracoastal Iron Works in Bourg, Louisiana, and will be launched in 2023 as the maritime industry continues to chart a course toward cleaner vessel operations. Maritime Partners, located in Louisiana, is the nation’s biggest lessor of marine equipment.

According to Mike Ellis, CEO of ACBL, “our industry must be attentive and imaginative to preserve our reputation as the most efficient means of freight transportation for our client base.” “Through our relationship with Maritime Partners on this project, we are thrilled to be a significant role in establishing a more sustainable lower carbon footprint supply chain for our customers and all of our stakeholders.”

Methanol, which is widely available and frequently transported on U.S. inland waterways, is very similar to fueling conventional diesel, according to Mike Complita, principal in charge and VP of strategic expansion at Elliott Bay Design Group (EBDG), the Seattle-based company that designed the vessel. Pure hydrogen, on the other hand, can be challenging to transport in quantity and over long distances.

Beyond diesel and biodiesel, Complita noted, “methanol is probably the safest alternative fuel to transport to the vessel.” “Through a hose, you bunker it from a truck or terminal. Contrary to hydrogen, ammonia, and some other alternative fuels, it does not require any specific permits.”

The M18 reformers from Hydrogen One will be made by RIX Industries, while the PowerCellution Marine System 200 fuel cells will come from PowerCell Sweden AB. Additionally, the ship will be outfitted with batteries that can supply extra power as necessary, both for hotel electricity and when the ship is at sea.

The Hydrogen One vehicle will be able to operate at typical operational speeds for up to 550 kilometers before it has to refuel thanks to its ABB automation and power distribution equipment. It will achieve the 2030 targets set by the International Maritime Organization (IMO), which call for a 40% cut in greenhouse gas emissions compared to 2008. The ship will also adhere to all Subchapter M restrictions set out by the US Coast Guard.

Following the completion of Hydrogen One, ACBL will probably employ the towboat to transport petroleum goods inside and between Louisiana and Texas. Barging consumers are increasingly looking for strategies to cut emissions from their supply chains.

According to Ellis, “this endeavor is in line with our strategy and our ESG aims and activities.” “In order to satisfy our customers’ needs, we must create more sustainable alternatives.”

Korea and France to make a partnership in hydrogen industry