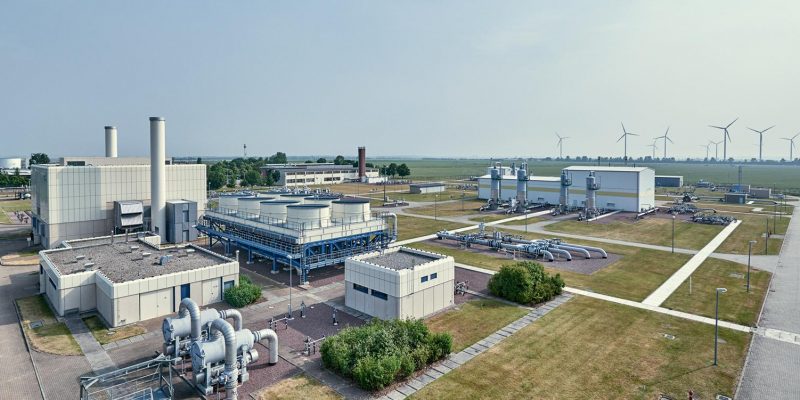 Andreas Feicht, State Secretary in the Federal Ministry for Economic Affairs and Energy, presented the project partners with the decision for funding as a “real laboratory for the energy transition” for around 34 million euros in the presence of Saxony-Anhalt Minister-President Dr. Reiner Haseloff (BMWi).

“Hydrogen is more than a necessary component of the energy transition. It can also be an important building component for the development of a sustainable chemical sector, ensuring the preservation of added value and qualified jobs in the structurally changing Central German region. The BMWi helps firms in adapting their business models to the conversion of our energy system through the funding framework of actual energy transition laboratories, ”said Andreas Feicht to the participants.

The project partners in the “Energiepark Bad Lauchstädt” project intend to look into the production, storage, transportation, and economic usage of green hydrogen in real-world settings on an industrial scale. Following the BMWi’s declaration of the project as a true laboratory deserving of funding as part of the two-stage application procedure as early as 2019, individuals in charge of the company consortium engaged have detailed and pushed forward the plans in the meanwhile. “We are overjoyed to finally have the long-awaited notification in our hands and to get down to business. With this showcase project, we aim to prove that using green hydrogen in industry is both viable and cost-effective, ” said Cornelia Müller-Pagel, the consortium’s project leader and head of the VNG AG’s “Green Gases” section. “With our effort, we hope to contribute to the advancement of green hydrogen as a game-changing future technology and its commercialization. ”At the same time, it is our intention to give the region vital impetus and to build Central Germany into a technologically strong and future-oriented hydrogen region, ” Müller-Pagel added.

“In Saxony-Anhalt, we successfully created the chemical park model in the 1990s. I am certain that with the Bad Lauchstädt energy park, we are also pioneers, and that the model will become a success story. Saxony-Anhalt Prime Minister Dr. Pure Haseloff stated, “Today we are giving the go-ahead for a stable and climate-friendly energy source for Germany.”

The collaborative project’s goal is to map the full green hydrogen value chain in southern Saxony-Anhalt. A massive electrolysis machine with an output of roughly 30 megawatts (MW) converts renewable electricity from a new wind farm to climate-friendly hydrogen, which is then sent to the chemical sector in neighboring Leuna via a 20-kilometer long gas pipeline from ONTRAS. Furthermore, from 2026 onwards, critical preliminary work will be completed in order to be able to temporarily store green hydrogen produced in a specially fitted, nearly 180-meter-high salt cavern. The project is estimated to cost roughly 140 million euros in total.

The energy park’s development and construction are divided into two phases, each of which will be handled and implemented separately: Hydrogen production, hydrogen transportation, and essential components of hydrogen storage will be further developed and tested beginning this autumn, thanks to the granted money as a “true laboratory for the energy transformation.” For example, efficient gas cleaning and safety technology are examples of the latter. The goal of the second phase, which will take place in the future and is not part of the current research project, will be to build the hydrogen storage cavern and integrate it into the value chain starting in 2026. Overall, the Bad Lauchstädt energy park is distinguished by a high density of innovations and close interaction across the various value chain stages. It also aids in the decarbonisation of the region’s chemical industry, which is heavily represented. Further East German hydrogen projects will allow the energy park to be connected into the growing European hydrogen infrastructure in the future.

The federal government resolved to anchor hydrogen as the energy carrier of the future in the energy grid with the National Hydrogen Strategy. Green hydrogen, in particular, has been assigned a crucial role in this context because it is created via electrolysis from renewable electricity and is thus extremely environmentally beneficial. The BMWi has earlier launched the ideas competition “Reallabore der Energiewende” for the period 2019 to 2022 as part of the 7th Energy Research Program, with funding of up to 100 million euros per year. The application of innovations in practice will be aided by the establishment of real-world energy transition laboratories.