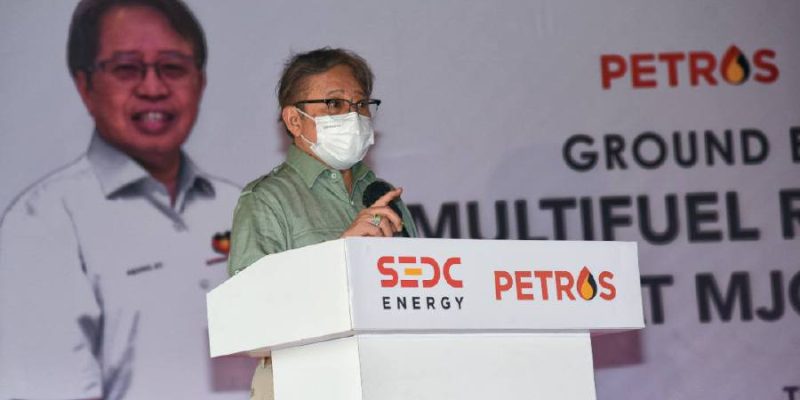 Sarawak’s administration is on the right route to ensuring environmental sustainability, as the state continues to develop and produce green hydrogen gas as a new source of energy.

He claimed that the state administration has implemented a number of green energy measures, including hydrogen production and the expansion of multi-fuel refueling stations in key cities and roads.

“Climate change is a worldwide concern, and Sarawak, despite its small size, wants to do its share to conserve and manage the environment responsibly.

“We intend to manufacture hydrogen as a new clean and ecologically friendly energy source.” “It will contribute in the reduction of carbon emissions,” he stated.

According to Abang Johari, ensuring the sustainability of the state’s resources is critical in order to satisfy the state’s environmental, social, and economic demands.

The Chief Minister was addressing today at the MJC Batu Kawah ground breaking ceremony for Kuching’s second multi-fuel refueling station. The first station will be built at Darul Hana, Kuching, and will take a year to complete.

SEDC Energy, a subsidiary of Sarawak Economic Development Corporation (SEDC), will construct the stations, which would be run by state-owned Petroleum Sarawak Berhad (Petros).

The multi-fuel refueling station, according to Abang Johari, would accommodate cars that run on conventional fossil fuels like gasoline and diesel, as well as vehicles that run on electricity or hydrogen. Liquefied petroleum gas (LPG) from Petros will also be available.

“Because Sarawak has abundant water resources, we have opted to manufacture hydrogen gas” (which is produced from water). We have the resources; all we need today is the technology and understanding to carry out the electrolysis procedure and create the gas – a clean energy source.”

Despite the fact that the procedure would be expensive at first, he believes it will become more reasonable with time.

Investors from Japan, Korea, and Australia have expressed interest in green hydrogen generation in Sarawak, he added.

“As a result, we are certain that we are on pace to achieve environmental sustainability, which is also consistent with Sarawak’s Post-Covid-19 Strategy 2030,” he added.

Korea Shipbuilding to turn hydrogen leaks into a power source