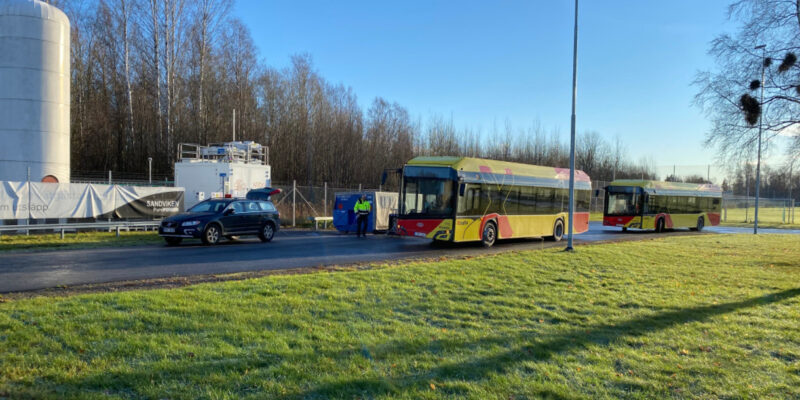 Hynion has entered into an agreement to supply hydrogen to buses in Sandviken, Sweden, while also taking over Linde’s hydrogen filling station in Sandviken to provide hydrogen fuel to both buses and cars.

With the purchase of the Sandviken hydrogen station, Hynion will become Sweden’s largest supplier of zero-emission hydrogen fuel. The company now has a good starting point for developing the hydrogen market in the transportation sector, with three stations in Gothenburg, Stockholm, and Sandviken.

Transdev, a transportation company, recently invested in two hydrogen buses, which will soon be put into regular service on behalf of X-trafik, Sandviken’s public transportation provider. The buses were refueled in December as part of a collaboration between X-trafik, Linde, and Hynion to complete the initial testing. When the buses enter regular traffic, Hynion will continue to be in charge of refueling.

Hynion is taking over Linde’s Sandviken hydrogen filling station to supply buses and cars with hydrogen. The conversation with Linde has been ongoing since Hynion took over the Arlanda station this summer. Hynion will take over the operation and ownership of the Sandviken station on February 1, 2022.

Hynion is already planning a permanent solution for bus refueling. The first two buses, and then others, can be refueled on a regular basis at the Sandviken hydrogen filling station. The station is a public station that anyone who passes by can use.

Sandviken has been at the forefront of using hydrogen cars for several years, and companies in the city have driven hydrogen cars refueling at the local station.