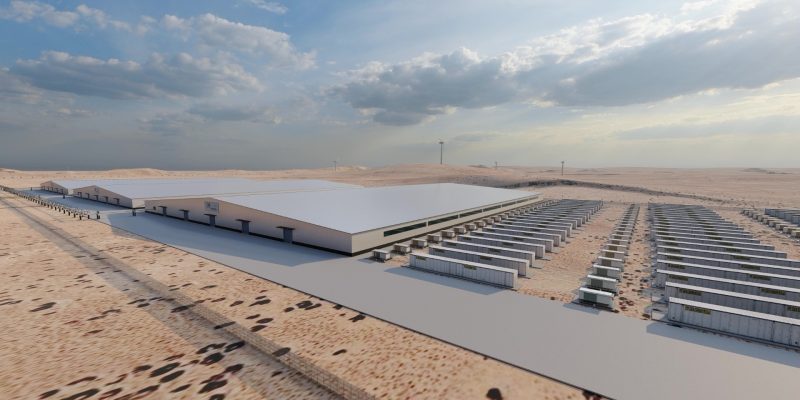 Hyphen Hydrogen Energy (Hyphen) is making progress in its discussions with the Namibian government as it draws closer to signing the Implementation Agreement for its proposed $10 billion Namibian green hydrogen project before the end of the year.

Since its recent announcement at the World Economic Forum (WEF) in May of this year, in which it outlined an ambitious timeframe for the realization of this transformative undertaking, significant progress has been achieved.

Cabinet approved the composition and appointment of the Government Negotiations Team created to finalize the Implementation Agreement, as well as the projected schedule for its signature, during its meeting on 12 June 2022.

The signing of the Implementation Agreement will initiate the front-end engineering and design phase of this massive green hydrogen project’s development.

Boston Consulting Group and Lazard have joined the Company as its international strategic and financial advisors, respectively, augmenting its existing legal advisory team of Slaughter and May and ENS Africa. Hyphen and its broader advisory team work closely with the Namibian government and its advisors to realize Namibia’s potential as one of the top three places in the world for the production of green hydrogen.

With the appointment of five Namibian nationals, including Toni Beukes, the new Environment, Sustainability and Governance Leader, Hyphen is rapidly building its team in Namibia in preparation for the next phase of the project’s development. Beukes will ensure that this is an equitable project that benefits the people of Namibia.

Hyphen has secured space in Nedbank’s freshly built Courtside office development in the heart of Windhoek to house its expanding workforce, with occupancy scheduled for early October upon the completion of office fit outs.

The Hyphen project is anticipated to create 350,000 tons of green hydrogen annually for regional and global markets by the end of the decade, utilizing 5-6 GW of renewable production capacity and 3 GW of electrolyser capacity.

Hyphen and Government anticipate beginning construction in January 2025, with the first phase becoming operational by the end of 2026. The entire investment throughout both phases is $10 billion, which is about similar to Namibia’s yearly gross domestic product.

Hyphen Technical, along with partners TransNamib, CMB.TECH, and the University of Namibia, was recently selected to create a hydrogen-powered locomotive consisting of two hydrogen-diesel dual-fuel locomotive prototypes and a hydrogen fuel tender truck.

The H2 locomotive conversion project, with a price tag of €7.63 million, is partially funded by a grant from the German Federal Ministry of Education and Research (BMBF), through the Namibian government, and with the assistance of the Southern African Science Centre for Climate Change and Adaptive Land Management (SASSCAL).

This is intended to be the first step in converting TransNamib’s locomotive fleet, which consumes 11 million liters of diesel per year, to operate on green, carbon-free fuel, and demonstrates the Namibian government’s commitment to develop the entire green hydrogen value chain in the country, including hydrogen use applications.

Marco Raffinetti, CEO of Hyphen Hydrogen Energy, said: “We’re very pleased at the commitment and rapid pace of progress that the Namibian Government has shown as we move towards concluding the Implementation Agreement to enable us to start the next phase of the project. It demonstrates the Government’s belief in Hyphen’s vision and capability to execute this ambitious and transformative project.

“Our project will put Namibia’s green hydrogen industry firmly on the global energy and decarbonisation map and position Namibia for rapid green hydrogen scalability. I would like to thank the Government for their support to date as we move forward together to deliver this important project for the country. I would also like to warmly welcome our new employees to the Hyphen team.”

Martha Murorua, Nedbank Namibia’s Managing Director, said: “Having just recently inaugurated our Nedbank Campus in Windhoek’s CBD, and achieving a 5-star rating from the Green Building Council to further cement our green credentials, we take great pride in welcoming Hyphen as our neighbours, as we look to catapult Namibia’s green hydrogen ambitions into absolute fulfilment.”

Filling up your car with hydrogen, a future danger for the planet?