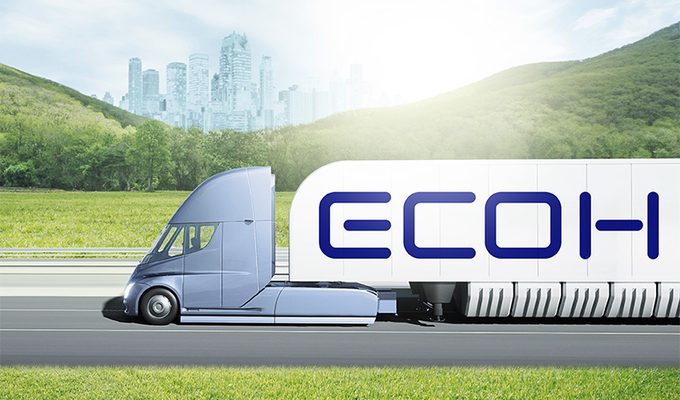 Because environmental issues such as climate change response and carbon neutrality have already had a significant impact on global company survival strategies, the strategy is to establish a strong position by combining the environmentally friendly energy sector with existing logistics and distribution capabilities.

Hyundai Glovis stated on the 4th that it will debut the ECOH brand of environmentally friendly energy solutions. ECOH is a combination of the words “Eco” and “Human,” which mean “environment” and “human,” respectively.

Using the features of a supply chain management (SCM) firm, Hyundai Glovis declared its intention to provide services for establishing a hydrogen value chain, taking responsibility for all aspects of hydrogen production, storage, transportation, and delivery. First, by growing the hydrogen distribution and infrastructure operation business, the number of hydrogen shipping centers will rise to nine by 2030, and hydrogen will be delivered to over 360 charging stations around the country. It has also planned to carry out green hydrogen distribution and infrastructure operation projects in other parts of the world, such as Oceania and the Middle East, as well as autonomous development initiatives for domestic ‘green hydrogen’ customers.

Hyundai Glovis is helping to popularize the hydrogen economy in the United States. Since last May, Korea Gas Technology Corporation has been delivering hydrogen to Hinet (hydrogen energy network) charging stations around the nation. Hydrogen has also been provided to hydrogen distribution centers and hydrogen charging stations. The platform has been used. This allows hydrogen generators and charging stations to communicate real-time information on hydrogen production and use.

Hyundai Glovis has made electric car batteries, together with hydrogen, the two cornerstones of its environmentally responsible company. The goal is to create a future strategy based on the demonstration of V2G following the present EV battery leasing demonstration project (Vehicle to Grid, a two-way charging technology that utilizes idle power by connecting an electric vehicle to the power grid). It also designed and received a patent for a ‘platform container’ that can transport batteries of any shape after they have been used in electric vehicles earlier this year.

Repsol produces renewable hydrogen for the first time from biomethane