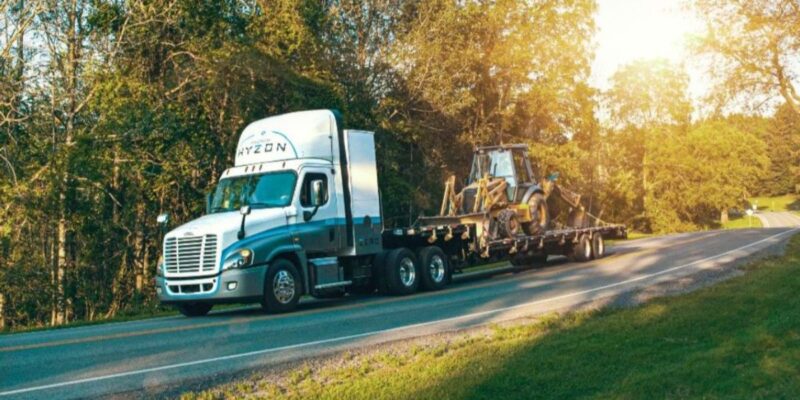 Hyzon announced the signing of a trial agreement with Total Transport Services Inc (TTSI), a well-known port trucking company in Southern California and a leading provider of logistics services with a strong focus on import distribution in the United States and Canada.

Hyzon will equip TTSI with a Class 8 heavy-duty fuel cell electric truck for a 30-day trial in Q4.

The truck, which will be based on a Freightliner Cascadia chassis from 2022, is planned to have a top speed of 600 mph and a range of up to 400 miles. Due to these specifications, the truck can be integrated into TTSI’s existing operations, hauling up to 82,000 pounds gross combined vehicle weight (GCVW), a standard load for TTSI, and utilizing the public heavy-duty hydrogen refueling station in Wilmington, CA, which is located near TTSI’s Long Beach Customs House operations.

TTSI will gain its first hands-on experience with a zero-emission car capable of 400 miles of range during the experiment.

TTSI intends to run the vehicle with a full cargo from Long Beach to Sacramento during the trial, before showing it at the NorCal Fleet Academy & Expo on October 6-7, 2021. Prior to its arrival at TTSI, the Hyzon Class 8 fuel cell truck will participate in the Ride & Drive at the ACTExpo Conference in Long Beach, California on August 31st – September 1, 2021.

TTSI estimates that approximately 13,000-14,000 vehicles pass through the Long Beach port each year, producing approximately 2,600 tons of CO2. As such, converting these fleets to zero-emission vehicles would have a significant influence on the area’s emissions and hence on the surrounding populations.

“TTSI has led the way in contributing to California’s clean-air initiatives by implementing new technologies ahead of the curve,” said Hyzon CEO Craig Knight. “Their use case – high utilization, heavy loads, focused around a central location – is very common and is precisely what Hyzon has been fulfilling internationally. Through this trial, Hyzon and TTSI will demonstrate how zero-emissions trucking in the US can be achieved in the near-term.”

TTSI aspires to operate a zero-emission fleet in the future, a goal it has pursued for more than a decade through the adoption of new, lower-emission technology as they become available. TTSI began with an all-diesel fleet and has since expanded to include liquid natural gas (LNG), compressed natural gas (CNG), and hybrid vehicles. TTSI may swiftly achieve its environmental targets using Hyzon’s zero-emission FCEVs.