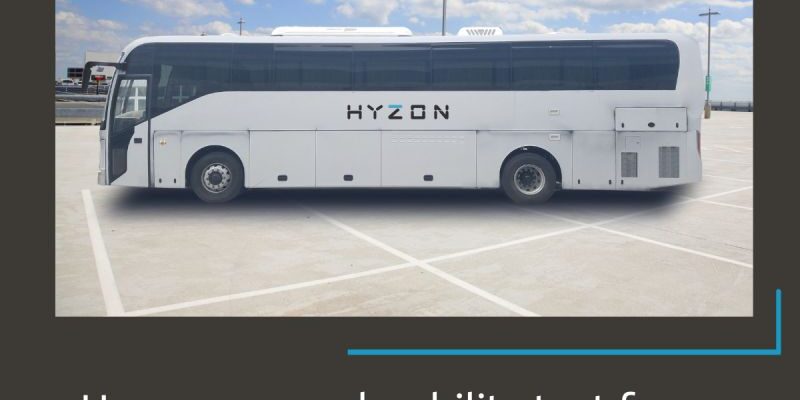 Hyzon, a leading global supplier of zero-emission hydrogen fuel cell vehicles, announced that its transport coaches have successfully completed a 15,000-kilometer durability road test – a critical trial run ahead of one of the world’s largest iron-ore producers using the vehicles in the remote Pilbara region.

Fortescue Metals Group has ordered up to ten of Hyzon’s custom-built buses for use in the Christmas Creek mining hub, where summer temperatures frequently approach 110 degrees. The endurance road test revealed the capability, effectiveness, and strength of fuel cell stacks that were repeatedly discharged and recharged in difficult conditions.

The Hyzon-Fortescue collaboration is the latest indication of the growing industrial and commercial transition to hydrogen mobility, and it comes as Hyzon, based in New York, prepares to list on the Nasdaq in the near future through a corporate combination with Decarbonization Plus Acquisition Corp. (NASDAQ: DCRB).

Hyzon CEO Craig Knight stated that completing the durability phase – the equivalent of traveling from New York to Miami more than seven times – reaffirmed Hyzon’s vehicles are clean, powerful, and particularly suited for long haul and high utilization back-to-base transport. The coaches have a range of up to 800 kilometers before needing to recharge.

“We applaud Fortescue Metals Group for its continued commitment to a zero-emission future and we look forward to playing a key role in its transition to hydrogen mobility,” Knight said. “The Pilbara region, one of the most prolific mining areas of Australia and the world, is a harsh landscape. Our coaches can handle the rugged terrain, and hydrogen technology can serve as a viable alternative to traditional commercial mobility in even the toughest parts of the globe.”