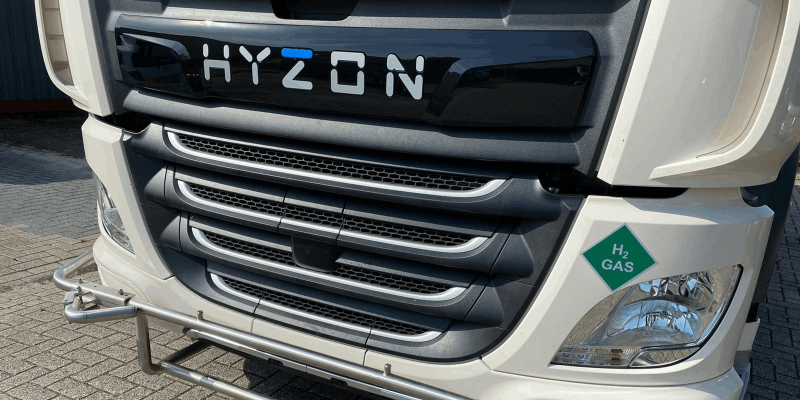 Hyzon Motors and TC Energy Corporation have agreed to work together on the creation, building, management, and ownership of hydrogen production centers across North America.

By focusing on low-to-negative carbon intensity hydrogen from renewable natural gas, biogas, and other sustainable sources, the hydrogen production facilities will be used to satisfy hydrogen fuel cell electric vehicle demand. The facilities will be near to demand, allowing Hyzon to deploy back-to-base vehicles.

“Through this partnership, we’re integrating TC Energy’s experience in natural gas and renewables with Hyzon’s technology in fuel cell electric cars, which is now being supplied all over the world,” said Corey Hessen, TC Energy’s Senior Vice President and President, Power and Storage. “In order to satisfy our customers’ energy transition demands, TC Energy is dedicated to investigating and developing energy solutions in North America for our own assets as well as those of our customers. We feel we are in a strong position to complete the development of hydrogen and CO2 pipelines.”

The companies will evaluate sites across multiple states and provinces to develop hydrogen production facilities with the goal of delivering hydrogen to fuel heavy-duty vehicles under the terms of the agreement. With a target of producing up to 20 tonnes of hydrogen per hub per day, the hubs will be prioritized near present and potential client demand. The hubs will be operated by TC Energy, which will also provide asset development, management services, and electricity and gas sales marketing.

“We can totally decarbonize transportation at a very low cost and time to develop by cooperating with TC Energy on modular hydrogen production hubs using a range of sustainable production feedstocks adjacent to Hyzon fleet deployments,” stated Parker Meeks, Chief Strategy Officer, Hyzon Motors Inc. “This agreement is only one of several milestones and strategic collaborations that Hyzon Motors will announce in the coming months to reaffirm our capacity to bring clean hydrogen infrastructure to market with our cars in the very near future,” says the company.

TC Energy and Hyzon plan to build hydrogen hubs to serve Hyzon fleet deployments, leveraging existing partnerships with modular hydrogen technology partners such as Raven SR and ReCarbon. This will allow for a unique speed to market for low-cost, low-to-negative carbon intensity hydrogen infrastructure development. This is in addition to TC Energy’s extensive renewable natural gas hookups and pipeline system.