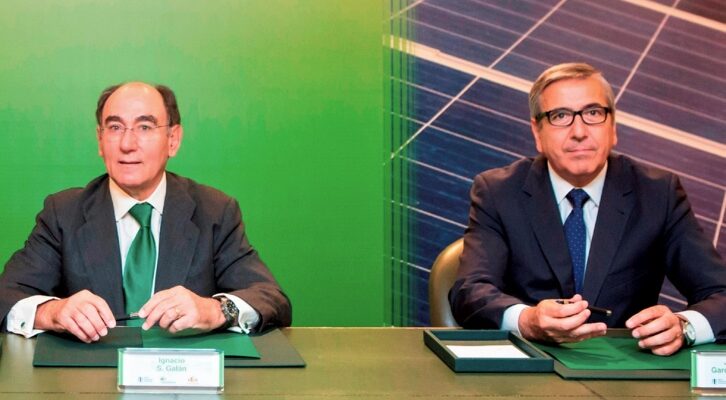 Iberdrola is making progress in its aim to dominate the green hydrogen business by signing the first loan for this type of technology approved by the Instituto de Crédito Oficial (ICO).

The six-million-euro loan will fund Spain’s first public green hydrogen station, which will be built and maintained by Iberdrola to supply renewable hydrogen to Transports Metropolitans de Barcelona’s bus fleet (TMB). G – Advisory has provided a Second Party Opinion on the loan.

This operation was carried out within the framework of the European Union’s Connecting Europe Facility initiative, in which the ICO, in collaboration with the Ministry of Transport, Mobility, and the Urban Agenda, serves as an accredited entity for channeling projects by Spanish companies that promote the ecological transition by increasing transportation efficiency. This loan will be combined with a grant of €3.7 million for this project in Barcelona.

With the ICO’s support, Iberdrola is moving forward with its project to create the country’s first private hydrogen station on a 5,000 m2 plot of land in the Barcelona free trade zone, fostering the creation of a green hydrogen hub in a significant industrial sector of Catalonia and Spain.

Iberdrola and TMB have signed a ten-year deal, and the green hydrogen supply arrangement may be extended in the future to satisfy the needs of other public and private fleets in the area.

Following the operation agreed in 2020 for the installation of on-street charging points in Spain and Portugal, the finance agreement reached today is the sixth between Iberdrola and ICO to promote a carbon-free economy and strengthens their collaboration in the field of sustainable mobility.

Iberdrola has already established itself as a leader in green hydrogen as an alternative to electrification for some industrial processes and heavy transport.

The company is already constructing Europe’s largest green hydrogen plant in Puertollano (Ciudad Real), which will begin the decarbonisation of the Fertiberia fertiliser manufacturing plant; and it has partnered with the American company Cummins to construct one of the world’s largest electrolyser plans in Castile-La Mancha.

In Spain, the firm has formed collaborations to create green projects with companies such as Fertiberia, Porcelanosa, bp and Enagás, and Foresa, as well as other efforts promoted in the company’s main markets, which include the United Kingdom, Brazil, and the United States. It has submitted 53 green hydrogen-related projects to the Next Generation EU initiative, which will trigger €2.5 billion in investments to achieve 60,000 tonnes of annual output.

Sustainability is incorporated as a horizontal principle of action by ICO in all of its aspects: environmental, social, and governance. As a state-owned investment bank, it focuses on financing renewable energy projects, as well as sustainable infrastructure such as social, transportation, logistics, and ICT networks and facilities.

It spent €2.76 billion in 2020 on operations related to sustainable development initiatives and strategies that will serve to simplify the economic recovery and accelerate the ecological and digital transformation.

Furthermore, with the goal of providing value to business financing, it complements its activities as a European Commission Implementing Partner, channeling funding from EU programmes to Spanish enterprises. As an approved institution in the Connecting Europe Facility programme, it has contributed to nine alternative fuel projects funded by European funds in this field.