India: A sneak peek into the new hydrogen policy

India is counting on the fuel to help it reach its 2070 net zero objectives and has a $2.5 billion plan to increase hydrogen production and consumption in the nation.

Details of the new plan, which is anticipated to be released toward the end of this month, can be found in Lights On. The plan’s creators claim that it will prevent the emission of nearly 50 million metric tonnes (MMT) of greenhouse gases annually by the end of the decade and result in the addition of 150 GW of renewable capacity.

The third-largest emitter in the world is shifting away from a transition plan focused solely on solar growth and instead expanding into new industries like hydrogen and battery storage as it prepares to take the G20 leadership in December.

The most prevalent yet elusive chemical element, hydrogen, cannot be found in its pure form in nature and must instead be extracted using an electrical current from substances like water, biomass, or natural gas. This procedure is known as electrolysis. The fuel produced, which only releases water vapor when utilized for energy, is completely carbon neutral when hydrogen is produced using renewable energy.

According to the strategy, countries’ rising demand for green hydrogen and its derivatives may outpace their ability to create it, which will promote international commerce. Green fuels and feedstock are a method to protect energy systems from supply chain interruptions and geopolitical dangers, as the Covid epidemic and subsequent energy crises have demonstrated. As a result of the current volatility in the world’s energy markets, lawmakers state that India has a unique potential to profit from its plentiful renewable energy resources and the rising worldwide demand for green hydrogen.

By building a complete hydrogen ecosystem and improving supply, demand, and infrastructure, the strategy seizes the opportunity. It will promote the development of hydrogen hubs where the fuel is generated and used locally, eliminating transportation costs and dangers, as part of a strong supply chain. The plan is to increase India’s manufacturing capacity from its current insignificant levels to 5 MMT annually by 2030, with the possibility of increasing the goal once exports take off. If accomplished, the objective would align with the EU’s goals for hydrogen.

The National Green Hydrogen Mission’s most recent draft, as seen by Lights On, establishes new mandatory consumption objectives for particular industries to stimulate demand. These Green Hydrogen Consumption Obligations (GHCO) set utilization objectives for the manufacture of fertilizers, municipal gas distribution networks, and the petroleum refining industry, with percentages gradually rising from 2025 to 2035.

The viability of these lofty goals is still up for question, according to analysts acquainted with the situation, but the GHCO structure will be kept in the final policy.

Balasubramanian Viswanathan, a policy adviser with the International Institute for Sustainable Development, claims that the focus on research and development as well as expanding the use of hydrogen to new, difficult-to-abate sectors like steel, transportation, and shipping, shows an unprecedented drive towards innovation. The equivalent of $50.3 million will be unlocked as early as this year.

“When planning ahead, sectors, where there are already low carbon technologies or can be quickly electrified, [such as road transportation], must not be prioritized,” he asserts. Supporting hydrogen shouldn’t put electric cars, which are already more affordable and technologically advanced than their hydrogen-fueled equivalents, in needless competition.

Funds for a production

Three financial methods will be used to promote the manufacture of electrolyzers and green hydrogen as a whole, as well as to pay states and distribution firms who choose to offer renewable energy for hydrogen production. The Strategic Interventions for Green Hydrogen Transition (or SIGHT) framework will get the bulk of the allocated funding, which is the equivalent of $2.2 billion.

The government aims to seek to reduce some of the financial risks related to the developing technology since it recognizes that green hydrogen will first be too expensive to compete with fossil fuels.

India requires enough electrolyzer capacity to create the hydrogen it needs, which is a major problem. The strategy would compensate manufacturers that opt to enter the market early $60 per kW, and will gradually reduce the price as enterprises grow more strong. The policy will target the first 15 GW of capacity at a national level.

Additionally, in an effort to persuade producers who now use fossil fuels to manufacture hydrogen to transition to renewable sources, it will provide incentives for the production of green hydrogen, starting with an initial offer of Rs 50 per kilogram in 2025 and dropping to Rs 30 per kg in 2028.

The policy paper lists credit availability as one of the hazards, namely how simple it is for enterprises to get the funds required to launch a costly project.

The draft recommends, among other things, making it easier for foreign direct investment (FDI) to enter the country, but one expert who wished to remain anonymous said that “the answers they provide are scarcely solutions.” The expert claims that the lack of finance has long plagued the whole renewable energy sector and that India is not attracting the necessary levels of international investment owing to, among other things, regulatory uncertainty and subpar goods.

For instance, according to the parliamentary energy committee, India presently gets investments for its renewable industry totaling $9.4 billion, but it would require three times that amount to achieve its objectives.

According to the expert, “there is no direct subsidy offered for the financial component, the only direct assistance is for output objectives” in the current iteration of the strategy. The expert feels that failing to solve this “is a major risk, especially later on when we have some pilots, we have a good proof of concept but we are not able to expand” even though it is unclear how the government would encourage investment. 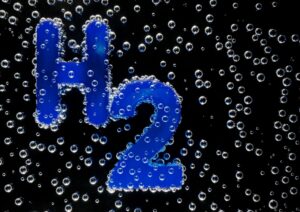