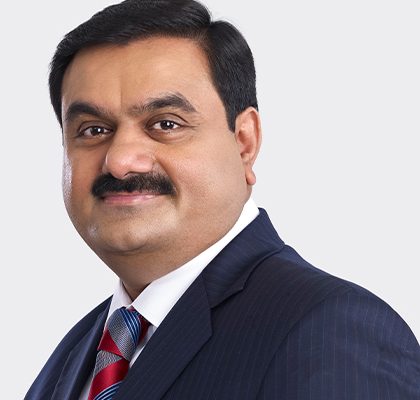 Adani Group plans to build three gigafactories in India that will produce three million tons of hydrogen by 2030.

Gautam Adani, chairman of the Adani Group and a leading figure in the ports-to-power industry, stated that the business intends to build three gigafactories in India with an emphasis on integrated green-energy value chains. These gigafactories will concentrate on producing technologies like polysilicon, solar modules, fully assembled wind turbines, and hydrogen electrolysers. He was speaking when he accepted the Global Leadership Award from the US India Business Council (USIBC).

Adani added that 3 million tons of hydrogen and an extra 45 GW of renewable energy would be produced through these gigafactories before 2030, in addition to their 20 GW of current capacity. “This value chain will be totally indigenous and tailored to our country’s geopolitical demands,” he continued. However, I think that if we get backing from US-based businesses who are eager to collaborate with us, we may further accelerate our aims. We both stand to gain from this!

The business tycoon, who recently made headlines for being the wealthiest man in the world, also mentioned that the Adani Group has pledged almost $70 billion to combat climate change. He emphasized, “Both of our nations must find a means to profit from this huge boost, with the US climate bill having been signed into law. Governments have played their bit; now it’s up to businesses to find ways to work together.

Moving on, he spoke at length on India’s semiconductor sector and said that, despite having the “greatest worldwide pool for millions of engineers,”, particularly for American firms, India’s economy still adds most of its value outside of the country. According to him, India cannot continue to rely on global markets due to its “semiconductor nationalism,” and it will require US cooperation for technology transfer.

The head of the Adani Group emphasized India’s contribution to the COVID-19 epidemic once more. He declared, “The differences brought on by the epidemic gave rise to the phrase deglobalization, which has gained popularity. It must be a top priority for us to formalize vaccine cooperation between our countries in a way that benefits both parties.

Rosatom and CEEC to develop hydrogen plant in Sakhalin