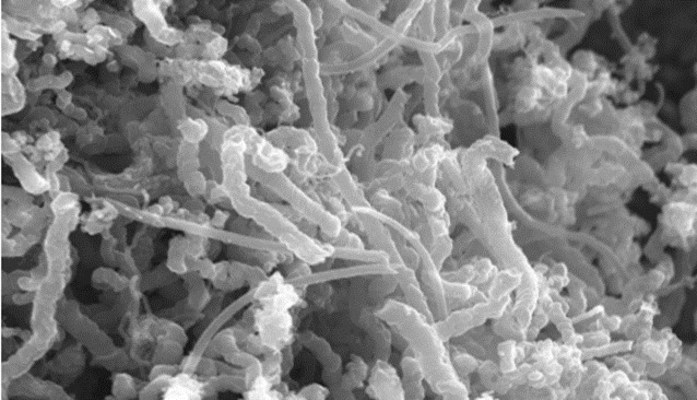 Announcing that it has completed the successful design, construction, and testing of a prototype reactor, Innova Hydrogen Corporation reports that it has evaluated the outputs and has found favorable outcomes to share with the public.

A further examination of the Company’s Hydrogen by Innova Pyrolysis (“HIP”TM) method has revealed that it has not only molecularly split natural gas into hydrogen and graphite, but that it also contains extremely valuable graphene.

The HIPTM method, developed by Innova, makes use of methane and heat as inputs, as well as proprietary catalysts and porous materials, with no need for water or oxygen. There are no carbon dioxide emissions from the process’ byproducts, which are just pure hydrogen, graphite, and graphene.

Initial testing and analysis of hydrogen samples were carried out at the University of Alberta using its gas chromatography equipment. Following this, independent third-party results were submitted to a laboratory in Edmonton, Alberta, which confirmed that high-purity hydrogen was produced by passing through a permeable barrier.

The University of Alberta has conducted an investigation of the solid carbon products utilizing X-ray diffraction, electron microscopes, and Raman spectra spectroscopy, which verified the presence of both graphite and graphene (see figure 1). This has significant implications for the value-added chain, as it lowers the Company’s per-unit hydrogen cost as a result of capturing this new income stream. A wide range of applications for graphite and graphene include batteries, solar cells, biomedical devices and electronics as well as construction materials, sporting goods and clothing. Graphite and graphene are also highly valuable materials that are used in aerospace and military applications, to name a few.