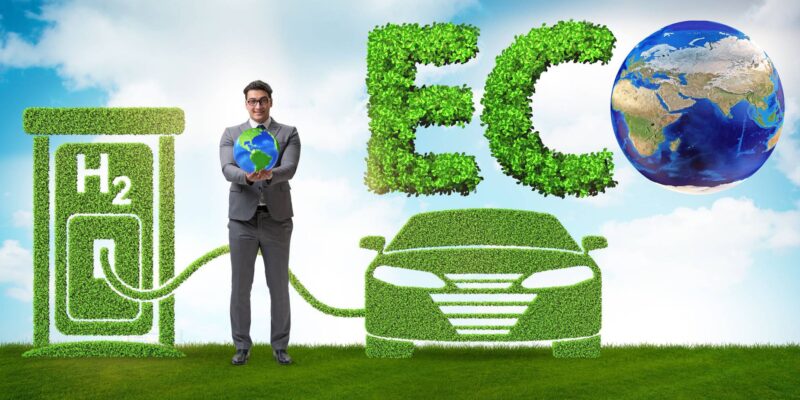 Many experts and manufacturers believe this element, which is available in a gaseous state under normal conditions, has great promise, while many others believe it has little chance of succeeding in the automotive sector, at least in terms of small vehicle applications.

According to research published in the journal Nature by the German Fraunhofer Institute, the window of opportunity for this technology, both in automobiles and trucks, has long since closed, and it currently makes no sense from an energy standpoint when compared to the batteries that power electric vehicles.

The release, which is repeated by professor and scientific communicator Enrique Dans, corresponds with GM’s plan to continue manufacturing hydrogen fuel cells, but for industries other than the automotive sector, such as aviation or trains, where they may go considerably further.

According to the German institution, hydrogen-based electric cars would have made sense when batteries could only provide ranges of roughly 150 kilometers and charging durations took several hours, a phase that has now been entirely surpassed with current technology. The energy density of compressed hydrogen, along with the ability to fill a tank in a matter of minutes, seemed like a feasible notion at the time.

“However, in today’s reality, battery vehicles now have ranges of over 400 kilometers and charge periods of roughly fifteen minutes, making hydrogen an uncompetitive alternative, especially when factoring expenses. “It’s difficult to imagine deploying a complicated charging network for such a tiny number of vehicles on the road,” Dans adds.

The promoter says, “The fact is apparent.” Only over 25,000 hydrogen-powered vehicles are now on the road throughout the world, with only two models from both companies (Toyota Mirai and Hyundai Nexo) with roughly 540 hydrogen service stations. Faced with this, more than 15 million electric vehicles with batteries are in use around the world, with more than 350 models available from virtually all manufacturers. These vehicles are charged in the majority of cases at home, but they also have access to a network of 1.3 million public charging points, with a quarter of them being fast charging.

There are several applications outside of the automobile

In these competitive circumstances, it is safe to assume that the brands who want to continue supplying hydrogen-powered vehicles are doing so now, based on the so-called sunk cost fallacy: we have invested so much to get here that we do not want to quit now.

With trucks, something similar happens. Despite the fact that many experts saw heavy road transport as a viable use case for hydrogen, the great majority of the 30,000 electric trucks in operation today – the majority in China – utilize batteries, and more than 150 types have already been revealed. Various brands.

Those that utilize hydrogen, on the other hand, are still in the experimental stage, with production beginning in 2027. The rationale is clear: with today’s batteries, achieving a range of close to 500 kilometers is becoming achievable, and drivers are required to stop for 45 minutes every 4.5 hours behind the wheel in Europe, so breaks should not be a huge issue.

Offering a charge of this size in 45 minutes would just necessitate upgrading the fast-charging network to run at 800 kW, which is not a difficult task, especially when considering the new charging standard in development, which allows us to use at powers of more than 2 MW. Truck manufacturers are already working on the establishment of a charging network, with stations adapted to this standard positioned every 50 kilometers on major routes, with a projected network of sites.

What is the future of hydrogen? According to the study, there are several applications, ranging from the transportation of very big cargoes in areas distant from quick-charging stations to, of course, aircraft, heavy ships, and railways.

Aside from transportation, hydrogen is one of the finest solutions for energy storage and industrial applications. Without a question, a fascinating conclusion with a bright future – as Dans points out – if only the hydrogen utilized comes from sustainable sources (green hydrogen) “instead of being mostly a by-product of the petroleum sector, as it is now.

Celec to produce green hydrogen at a low cost