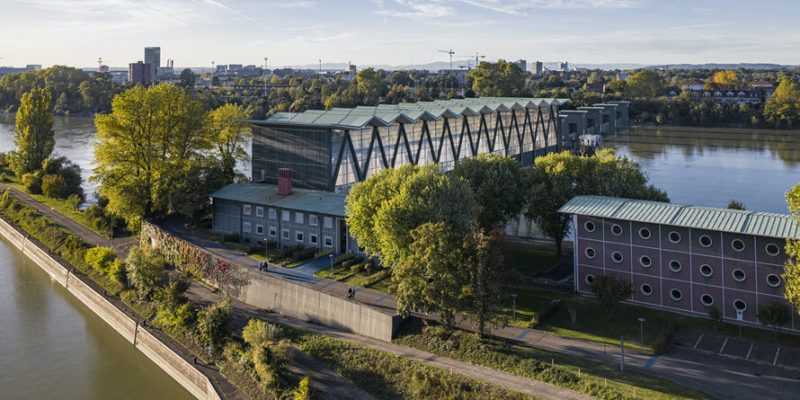 Green hydrogen is becoming a key energy carrier throughout Europe to achieve climate targets. IWB and Fritz Meyer AG were planning a pilot plant for green hydrogen at the Birsfelden power station.

Due to a negative decision by the Building Appeals Commission of the Canton of Baselland, both partners are now pursuing other projects and initiatives to help CO2-neutral hydrogen achieve a breakthrough.

Using surplus electricity from the Birsfelden power plant, the Basel-based energy supplier IWB and the mineral oil trader and filling station operator Fritz Meyer AG wanted to produce CO2-neutral green hydrogen. This was to be used for initial hydrogen applications in the Basel area. The building inspectorate rejected the building application submitted in January 2021. In the subsequent appeal proceedings, the Building Appeals Commission of the Canton of Basel-Land rejected the appeal of the two companies, as the plant did not conform to zoning regulations.

The two companies refrain from appealing against this decision again. “Projects for the construction of renewable energy production plants generally have a difficult time in Switzerland. We regret that so many hurdles are being placed in the way of the energy turnaround,” says Dr. Arthur Janssen, Head of Strategy & Innovation at IWB.

Hydrogen is picking up speed

Switzerland is set to become climate-neutral by 2050. Hydrogen from renewable energy sources can replace some of the fossil fuels: as fuel for trucks, buses and ships, as process energy and as a raw material in industry. Around Switzerland, there will be huge investments in hydrogen by 2030. The EU considers hydrogen indispensable for achieving climate targets.

IWB and Fritz Meyer AG see enormous potential in the application of green hydrogen, especially in the Basel region. It can make a major contribution to decarbonization in the future. However, in order to gain experience in its application, hydrogen from pilot plants is needed in the near future. Both companies are therefore active as initiators and promoters of hydrogen projects.

This can be seen in two concrete initiatives: the H2 Hub Switzerland and the recently launched transnational cooperation on the Upper Rhine, “3H2”. The latter was launched as part of the Trinational Hydrogen Forum on June 30, 2022. In order for the Upper Rhine region to catch up with this technology, actors from industry, energy supply and climate protection are committed to green hydrogen. Due to its geographical location, the Basel region is predestined to join hydrogen projects in neighboring countries. Green hydrogen will one day become an important location factor. More concrete are the plans of the Swiss Rhine ports: IWB and AVIA, the umbrella organization of Fritz Meyer AG, are working together with other partners on the H2 Hub Switzerland. A coordination platform for production, sales and distribution of hydrogen is being created. The Rhine ports could become the most important Swiss hub for hydrogen production and logistics in the next few years. Production facilities near the port, for example at the Birsfelden power plant, would support this project.

Hydrogen production plant in the canton of Schwyz

IWB is involved in another project to build a production plant for green hydrogen together with the Schwyz energy supplier ebs Energie AG and the construction and building materials recycling company A. Käppeli’s Söhne AG Schwyz. In Seewen in the canton of Schwyz, a hydrogen plant including a filling station is scheduled to start operations in 2024. There, green hydrogen will primarily be supplied to hydrogen trucks. It is also conceivable that it will be blended into the ebs gas supply network or used to produce more climate-friendly pavement.

How to get hydrogen from waste