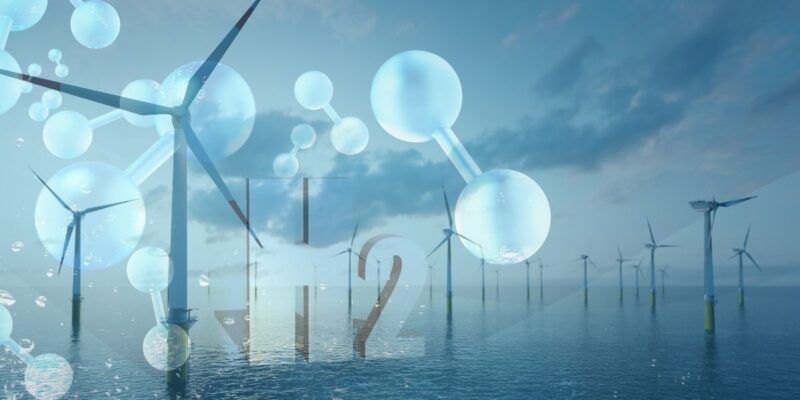 On the northern island of Hokkaido, Japan’s largest hydrogen plant powered by offshore wind energy is set to open as part of a national effort to reduce carbon dioxide emissions.

The project, which is scheduled to commence operations in the year ending March 2024, will produce approximately 550 tons of hydrogen per year — enough to fuel more than 10,000 hydrogen vehicles.

The initiative is a first step toward developing a domestic supply of hydrogen that is “green,” or derived from renewable energy. Green hydrogen produced from offshore wind energy is still uncommon globally – particularly in Japan, which is lagging behind European nations in developing such wind farms.

The 110-megawatt wind farm and hydrogen facility will be constructed in Ishikari, which is also the site of other proposed green hydrogen projects. Local hydrogen output is predicted to increase to 2,500 tons with the addition of the new, larger facility.

Plans call for selling hydrogen in Hokkaido and transporting it to other parts of the country via a network of ports that might include those in Kobe, on the Sea of Japan coast, and elsewhere.

By the middle of the century, the Japanese government hopes to achieve net-zero greenhouse gas emissions. Hydrogen is expected to play a significant role in achieving that goal.

The government’s recently announced Green Growth Strategy calls for the introduction of up to 3 million tons of hydrogen production capacity in 2030, increasing to around 20 million tons in 2050. This concept necessitates Japan developing its own hydrogen industry independent of imports.

While hydrogen is frequently generated from natural gas, the process emits carbon dioxide. Green hydrogen, which is produced primarily through water splitting using renewable energy, does not emit greenhouse gases at any point during the manufacturing process, making it a critical component of decarbonization efforts.

By 2030, the European Union hopes to achieve a production capacity of 10 million tons of green hydrogen per year. In Japan, the cost of creating green hydrogen is higher than in other advanced economies. According to data provider BloombergNEF, it costs between $6 and $9 to produce one kilogram of hydrogen in Japan. That is significantly more than the $2 to $4 in the United States and the $3 to $6 in Germany.

Japan, as an island country, has more than enough space for offshore wind farms. However, costs are an impediment.

The government intends to reduce hydrogen’s price to 30 yen per standard cubic meter, or less than a third of its current amount. Hokkaido Electric and the other investors will try to reduce manufacturing costs in accordance with the government’s forecast. This will be accomplished in part through the expansion of sales via maritime routes and the utilization of financial assistance.