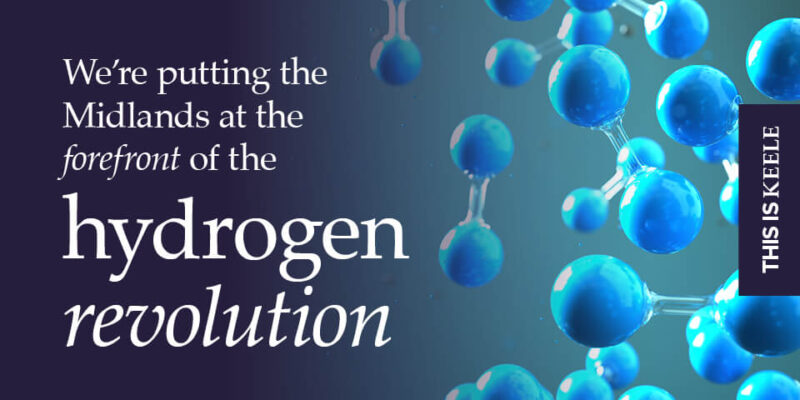 Keele University is leading a new initiative aimed at promoting and facilitating the development of a new hydrogen economy in the Midlands.

‘HyDEX’ brings together university partners in the Energy Research Accelerator (ERA), multinational corporations, small and medium-sized enterprises (SMEs), and other partners to accelerate hydrogen innovation, develop markets and supply chains, and support the development of the skills necessary for the new hydrogen economy and ecosystem.

HyDEX’s mission is to face the challenge of establishing a vibrant new economic, industrial, and manufacturing sector in hydrogen, where there is currently very little. The plan will enable firms to speed the creation and viability of new hydrogen products and associated intellectual property, while also assisting enterprises in transitioning from declining industrial sectors and facilitating the necessary training and re-skilling.

The three-year, £4.99 million programme, which is funded through the Research England Development (RED) Fund and administered by Research England, a division of UK Research and Innovation (UKRI), will see the ERA university partners make available to regional businesses their £111 million worth of hydrogen facilities, large scale demonstration programs, and research capabilities.

The universities involved in the programme are Keele (project lead), Aston, Birmingham, Cranfield, Loughborough, Nottingham, and Warwick, while civic partners such as Midlands Engine, Local Enterprise Partnerships (LEPs), local government, and local authorities will also contribute to the development of a market for low-carbon hydrogen solutions as part of the net-zero transition.

Additionally, HyDEX will promote connections to emerging international markets in nations such as China, Australia, and South Korea in order to expand business potential outside the Midlands and the United Kingdom.

Keele has previously demonstrated the promise of hydrogen through the landmark HyDeploy project, which took place on campus in 2020. The study, which was conducted in collaboration with Cadent, successfully integrated hydrogen into Keele’s campus gas network, demonstrating hydrogen’s potential to considerably reduce carbon emissions connected with domestic and commercial heating and cooking.