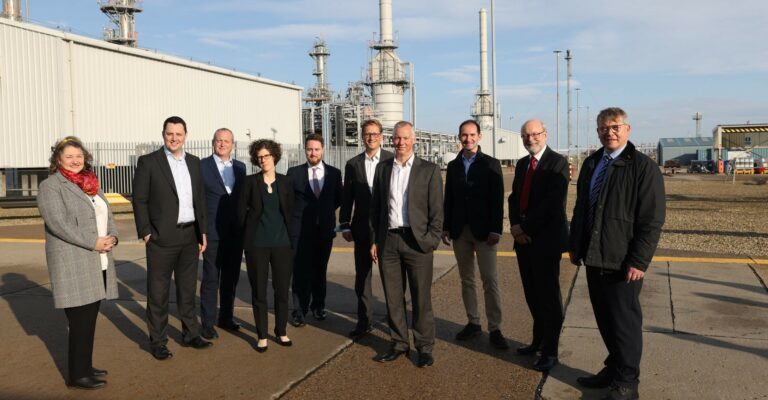 H2NorthEast, based in Aberdeen, will generate 1,200 construction jobs and 400 long-term operating roles directly and across the supply chain, according to the company.

Kellas has applied for H2NorthEast as part of the East Coast Cluster CCUS proposal, with the winners due to be announced later this month.

The one gigawatt project is expected to be operational by 2027, saving more than 2 million tonnes of CO2 emissions in the UK.

The Northern Endurance CCS collaboration, which comprises bp, Eni, Equinor, National Grid, Shell, and TotalEnergies, will collect and store more than 95 percent of the carbon generated.

“Kellas’ blue hydrogen facility H2NorthEast is a significant infrastructure project that will not only help decarbonize industry in Teesside but will also create hundreds of construction jobs over a three-year development period as well as long-term plant operation roles for at least 25 years,” said Kellas managing director Andy Hessell.

On behalf of natural gas shippers, the CATS Terminal and pipeline carries about 26% of the UK’s natural gas production.

“This is yet another significant project coming to our region, delivering more than 1,000 employment during construction and hundreds of high-quality, well-paid jobs in the long run,” Tees Valley mayor Ben Houchen said.

“More than that, it will decarbonize a substantial chunk of UK North Sea gas production while keeping Teesside, Darlington, and Hartlepool on the map for innovation and showcasing how we’re leading the UK on sustainable energy solutions,” says the company.