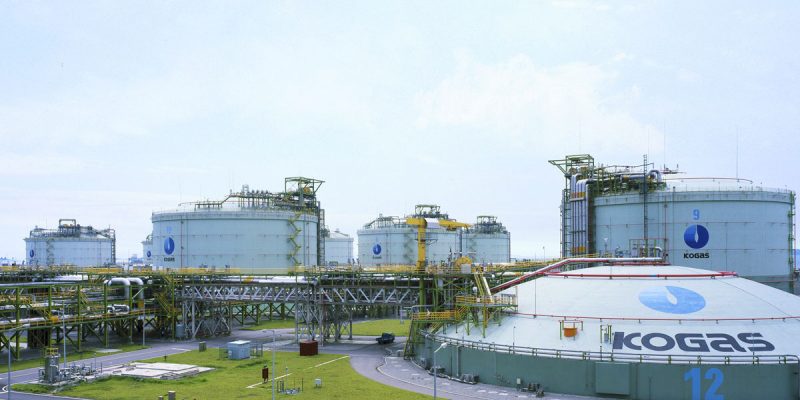 KOGAS has forged a strategic alliance with GS Caltex to establish a business producing and supplying liquefied hydrogen.

The two companies intend to construct a 10,000-ton-per-year liquid hydrogen mega station and to supply liquefied hydrogen to the Seoul metropolitan area and the nation’s core region in the future.

The project is meant to extract hydrogen from natural gas, convert it to liquid hydrogen, store it using LNG cold energy, and then transport it via tank lorries to liquid hydrogen charging stations around the metropolitan region.

The facility is expected to be operational by December 2024. Because liquefied hydrogen has an 800th of the volume of gas, it is easier to store and transport. KOGAS stated that for the first time in the world, it can reduce the cost of generating liquefied hydrogen by up to 30% by using cold energy squandered during the LNF regasification process.

LNG generates cold energy when it vaporizes between minus 162 and zero degrees Celsius. When LNG vaporizes, approximately 200 kcal of cold energy is generated every kilogram, and efficient utilization of this energy is critical to the LNG cold energy business’s success. Cold energy has been discharged into the sea or the atmosphere.

However, the LNG cold energy market has garnered attention recently as the transition from fossil fuels to environmentally friendly energy has become a prominent topic.