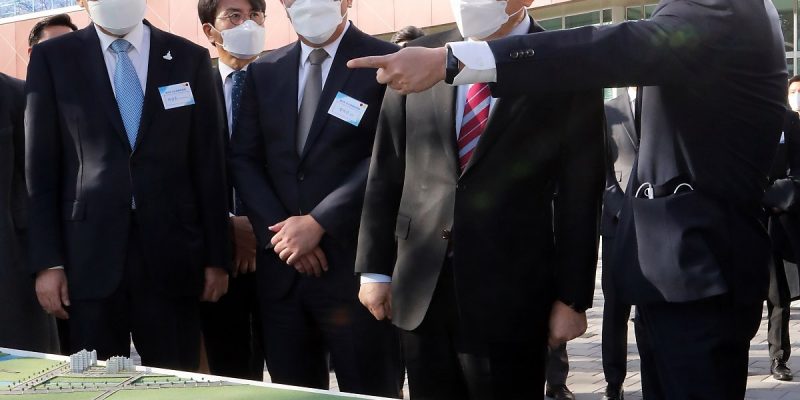 As part of its ambitious transition to a hydrogen economy, South Korea will spend 1.27 trillion won ($1.07 billion) to build five hydrogen clusters across the country and roll out related infrastructure, the government announced Wednesday.

The Industry Ministry will build an electrolysis facility in North Jeolla Province, where the country’s solar farms are concentrated, that will convert water into oxygen and hydrogen using clean electricity supplied by a 100-megwatt solar farm in the neighboring Saemangeum reclamation region.

The government will collect biogas from landfills and manufacture hydrogen in Incheon. Blue hydrogen will be produced by the Incheon cluster as well.

Because of its proximity to a liquefied natural gas terminal in the coastal city of Samcheok, the Gangwon Province cluster will act as a hydrogen storage and transit hub, with plans to develop a liquid hydrogen plant.

Meanwhile, the province of North Gyeongsang is establishing a certification center to ensure the quality of hydrogen fuel cells.

The ministry will establish a technical support center for hydrogen vehicles, as well as hydrogen-based construction and industrial machines, in Ulsan.