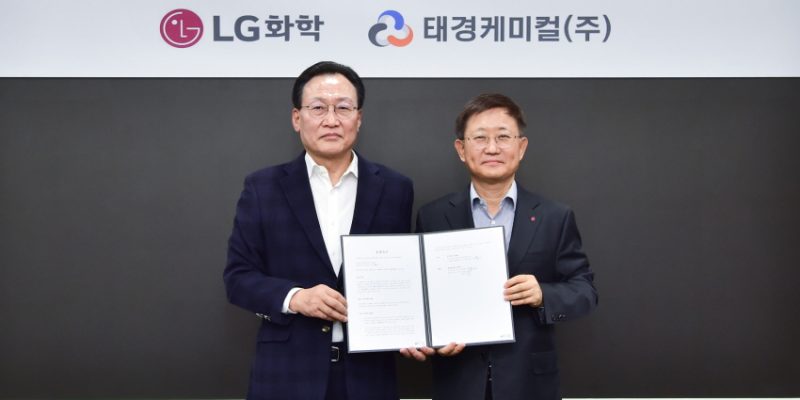 LG Chem stated today its intention to create hydrogen as a fundamental element of its 2050 Net Zero corporate sustainability objective.

In accordance with this objective, the largest chemical corporation in South Korea announced plans to construct a facility in Daesan, Korea, with the capacity to manufacture 50,000 tons of hydrogen per year by the second quarter of 2024. This facility will be the first LG Chem location to manufacture pure hydrogen, excluding off-gases.

“The establishment of our hydrogen plant and CO2 circulation system is an effort to create a sustainable future for our petrochemical business by achieving carbon neutrality,” said Noh Kug-lae, head of Petrochemical Business at LG Chem. “Hydrogen will allow us to convert our petrochemical pyrolysis to a more sustainable low-carbon process.”

The new facility utilizes technology that converts methane to hydrogen through a chemical process triggered by steam at a high temperature. Methane off-gases produced by the naphtha cracking center (NCC) during the production of feedstocks will be used to produce hydrogen. This hydrogen will subsequently be depolymerized at high temperatures so that it can be utilized as fuel once more.

LG Chem’s hydrogen plant construction is anticipated to begin in the first half of 2023 and conclude in the second quarter of 2024. LG Chem anticipates that, once fully operational, the plant will minimize carbon emissions by 140,000 tons yearly, the equivalent of planting one million trees, by substituting methane used in the NCC process with high-purity hydrogen, which does not produce carbon dioxide (CO2) during combustion.

The petrochemical sector creates ethylene, propylene, and butadiene by breaking down naphtha at high temperatures. Commonly, methane is utilized as a heat source for the NCC process, which produces a substantial quantity of carbon emissions.

The plant is integral to LG Chem’s ambition to boost the usage of renewable energy like as hydrogen in the NCC process by up to 70 percent by 2025, as well as the company’s intentions to actively use hydrogen in the production of renewable bio feedstocks such as hydro-treated vegetable oils. Future consideration will be given to the development of further hydrogen facilities based on the efficiency of carbon reduction. LG Chem is optimistic that it can build a value chain in which CO2 from the hydrogen manufacturing process is recycled as a beneficial resource through these initiatives.

More than ninety percent of hydrogen on the Korean market is produced via steam methane reforming, which recovers hydrogen from methane, which is made of carbon monoxide and hydrogen. CO2 emissions have long been regarded as an undesirable byproduct. The approach entails LG Chem joining forces with Taekyung Chemical, the largest carbonic acid gas manufacturer in Korea that uses high-purity CO2 as a raw material.

Under the provisions of the recently signed Memorandum of Understanding (MoU), LG Chem will supply Taekyung Chemical with the CO2 captured from the creation of hydrogen using a blue hydrogen production method, thereby creating a clean circular environment. LG Chem and Taekyung Chemical have vowed to work closely together to build a streamlined CO2 supply system and multiple long-term applications.

Toshiba to study production and use of hydrogen at Chitose Airport