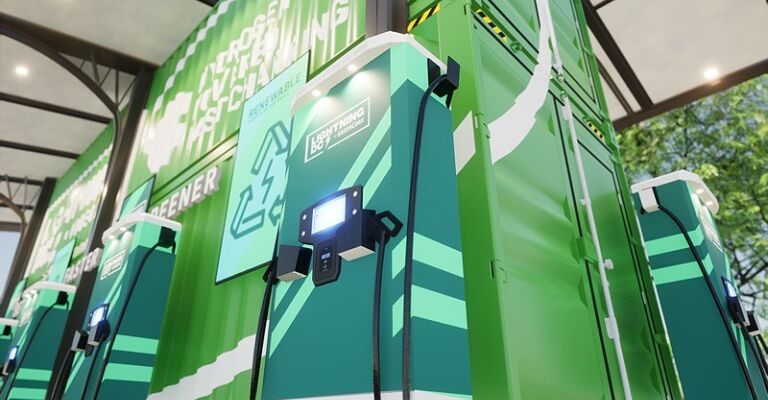 Loop Energy and GreenCore have teamed up to create and build hydrogen-powered EV charging stations.

By the end of 2026, the parties expect to have over 1,500 EV charging and hydrogen filling stations around the U.S. Both companies recently announced agreements with BayoTech, a leading developer of modular, scalable, and rapidly deployable hydrogen production systems.

The ever-increasing demand for new charging stations isn’t being met by increased, dispersed infrastructure. In 2020, sales of electric vehicles (EVs) climbed by 39% to 2.1 million units, with a further 66% increase projected in 2021. This continuous growth will put even more strain on the grid, necessitating significant investment to modernize the distribution network, which might take years to accomplish.

GreenCore will collaborate with Loop Energy and certain of its ecosystem partners to develop and build hydrogen-powered DC fast-charging stations based on Loop’s high-efficiency fuel cells as part of the agreement. GreenCore charging stations will store energy in the form of compressed hydrogen and convert it to electrical power when the user’s battery-powered vehicles require charging. The stations will be grid-independent, quickly deployable, low-cost, and have a compact footprint as a result of this. Most importantly, GreenCore’s hydrogen-powered charging stations will assist the EV industry in addressing major concerns such as peak energy prices and remote energy access. At the EV charging and hydrogen refill stations, GreenCore will use only BayoTech’s hydrogen.

“As electrification of personal and commercial transportation is going into overdrive, the timing for GreenCore’s hydrogen-powered DC fast-charge solution is perfect. Easily overlooked during the early going, limited grid infrastructure capabilities present a serious issue. We are very excited to support our partners at GreenCore as they roll out their solution.”