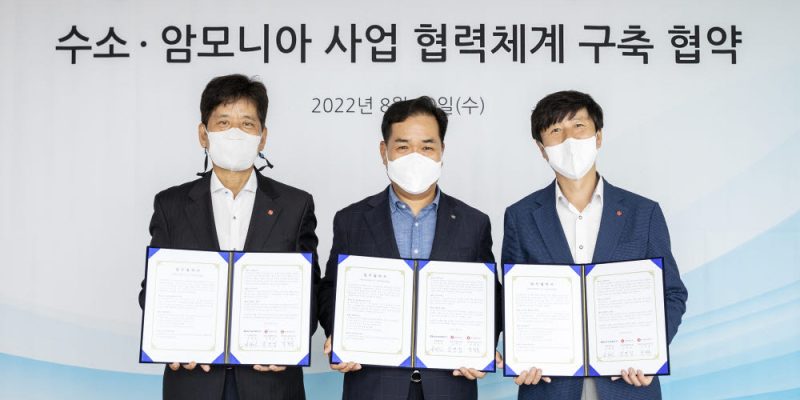 The three companies will cooperate in business and R&D such as:

The cooperation of the three companies is expected to greatly contribute to the vitalization of the hydrogen economy. Earlier, the government decided to increase the number of ammonia co-fired coal power plants to 24 by 2030. Accordingly, ammonia demand is expected to reach about 10 million tons in 2030 from about 1.4 million tons now.

The use of hydrogen and ammonia is also expanding in the international community. For example, Japan plans to co-fire 20% of ammonia for all coal power plants. Accordingly, the demand for ammonia fuel is expected to increase to 30 million tons by 2050.

Hee-yong Yoon, head of the chemical business division of Lotte Fine Chemical, said, “Based on the nation’s No. 1 ammonia distribution infrastructure and over 50 years of experience in ammonia management, we will smoothly procure clean ammonia.”