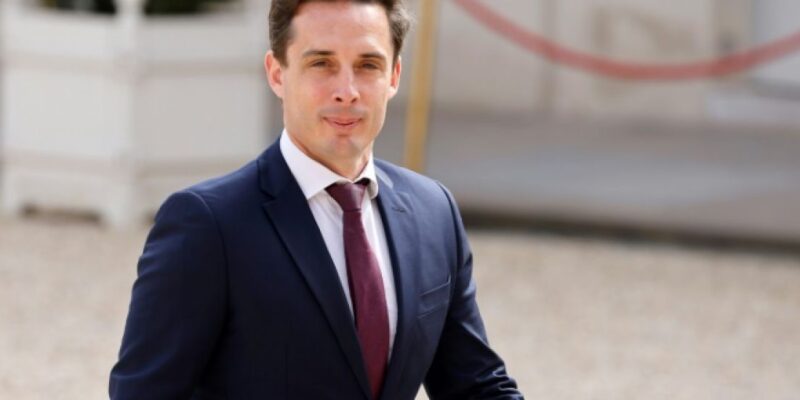 The business venture Hopium, which is planning to produce hydrogen-powered cars as one of the ways to decarbonize mobility, revealed on Monday that it had invited Mr. Djebbari to join it, citing the impending announcement of a new administration and the minister’s desire to quit politics.

“Hopium (…) announces today the strengthening of its governance, with the proposal of Jean-Baptiste Djebbari as administrator,” the firm said in a statement, adding that it was “subject to the approval of Hopium’s next general assembly, on June 20, 2022.”

The High Authority for Transparency in Public Life (HATVP), which investigated the risk of conflicts of interest that could arise – at the request of the minister’s office – came to the conclusion that “as things stand, information available to him, the risk of illegal taking of interests can be ruled out, subject to the sovereign assessment of the criminal judge.”

On the other hand, “it is vital to oversee (his) future professional interactions” since “it cannot be ruled out” that Mr. Djebbari will be brought in to “take particular steps with the public authorities.”

Mr. Djebbari becomes a “member” or “president (of) the board of directors” of Hopium, a firm with roughly thirty workers, according to the request.

“Members of the government who were members at the same time as him,” “members of his cabinet and those of the successively in charge of the ecological transition, as long as they still occupy public functions,” and “services available to him as Minister Delegate in charge of Transportation,” according to the HATVP. All for three years after the professional connection has ended.

Hopium, which specializes in the production of high-end hydrogen cars, was created in 2019 by French racing driver Olivier Lombard, who sees Jean-Baptiste Djebbari’s entry as “a huge milestone” in the company’s development.

Mr. Djebbari, a former jet pilot, has been in government since 2019. He was elected deputy for Haute-Vienne under the LREM label in 2017 and became renowned in 2018 as the rapporteur for the railway reform project.

According to his cabinet, the appointment proposal “was disclosed today (Monday) by the company since it is a legal necessity for listed firms, 35 days before the general meeting” of shareholders, and the HATVP has provided “typical reservations for anybody leaving the government.”

Mr. Djebbari is reliant on the Economy Minister Bruno Le Maire and his colleague from the Ecological Transition Barbara Pompili, who announced in September 2020 a 7 billion euro plan to create hydrogen on a wide scale over 10 years in order to make industry and transportation “cleaner.”

Parallel to his ministerial duties, Mr. Djebbari pursued a distinguished “Executive Master” degree at Polytechnique, a school designed for executives and leaders.

Before being named minister, the minister acknowledged in a letter interview with former X in December 2021 that he had subscribed for this program, which consists of 12 modules of four to five days spaced over 14 months.

“I have clearly met all of my political duties in terms of participation in Parliament, ministerial councils, and defense councils, which are especially numerous amid the health crisis,” he stated.

Hopium, whose headquarters Mr. Djebbari visited as part of his duties in September 2021, has already collected 16 million euros and hopes to raise another 100 in 2022, with a marketing goal of 2025 on the still-developing automotive market.

The HATVP, an autonomous body led by former socialist lawmaker Didier Migaud, is in charge of professional retraining for former ministers and local executive presidents.

Green hydrogen facility with a total investment of €2.3B in Portugal