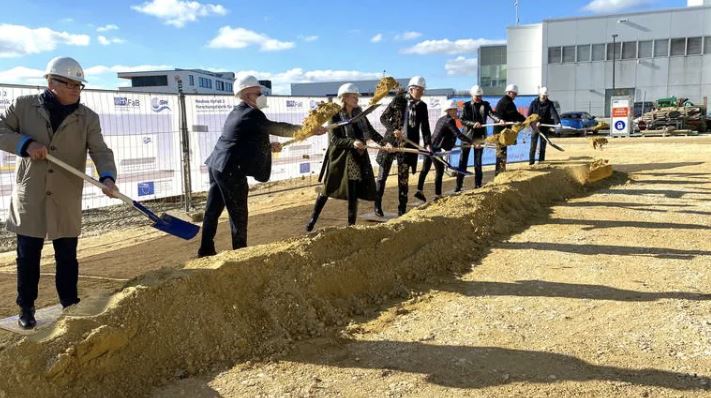 On Monday in Ulm and Neu-Ulm, the prime ministers of Baden-Württemberg and Bavaria, Winfried Kretschmann (Greens) and Markus Söder (CSU) plan to discuss the shared ambitions of their respective states regarding hydrogen.

The key goal is to improve teamwork in this area. Bavaria and Baden-Württemberg are pleading with southern Germany to not fall behind in the development of a hydrogen network. Hydrogen is used in both federal states as a long-term sustainable energy source. This may also be used to power vehicles like trucks, trains, and buses that are challenging to convert to electric propulsion. Pipelines can be used to store and move energy.

Kretschmann: Hydrogen has to be brought to industrial hubs

Before the conference, Kretschmann stated: “We see how complex, difficult, and often impossible it is to undertake short-term course adjustments in the energy industry. This is one of the many truths we can draw from the savage Russian campaign of aggression.” You must thus chart the route for a line infrastructure right away. Additionally, Kretschmann insisted that the hydrogen must be delivered to Germany’s industrial hubs, namely Bavaria and Baden-Württemberg, where it is most required.

As a result, the Baden-Württemberg state government has set itself the objective of competing in the global market for hydrogen technology. This not only preserves the environment but also generates employment.

The top politicians are interested in visiting the Center for Solar Energy and Hydrogen Research (ZSW) at Ulm’s HyFaB, or research factory for hydrogen and fuel cells. Since 2019, the state has started paying for the research factory. There, efforts are being made to industrialize and build fuel cells for driving with hydrogen, making the process considerably more affordable. Only a small number of quite costly hydrogen-powered cars are now on the market.

The Ulm area has expressed a need for a pipeline

Politicians in the Ulm/Neu-Ulm area demanded that the region be connected to a hydrogen pipeline prior to the prime ministers’ meeting on Monday. This resulted from a letter that was issued jointly by the mayors of Ulm and Neu-Ulm, Gunter Czisch (CDU) and Katrin Albsteiger (CSU), and the district administrators of Neu-Ulm and Alb-Donau, Thorsten Freudenberger (CSU) and Heiner Scheffold (independent).

They recommend either constructing a new pipeline along the A8 or utilizing natural gas pipes for hydrogen. The region’s development is fueled by hydrogen.

In industrial and transportation, hydrogen is seen as a more environmentally benign energy source than coal, oil, and natural gas. However, hydrogen is only regarded as “green” if it is created using, for instance, electrolysis and renewable energy sources. However, there are rarely any import lines, and production costs are still higher than those of fossil fuels.