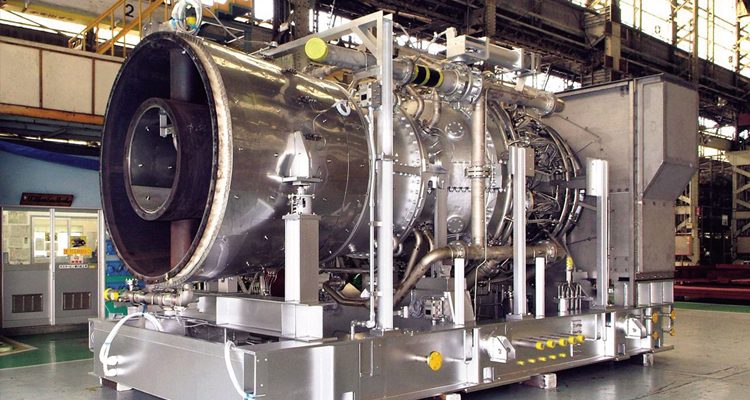 Mitsubishi Power has started development of a 40-megawatt (MW) class gas turbine that is fueled by 100% ammonia (NH3). The project was started in response to the increasing global focus on decarbonization.

As firing of ammonia produces no carbon dioxide (CO2), carbon-free power generation is achieved. Going forward, after combustion and other testing, Mitsubishi Power is targeting commercialization in or around 2025. When achieved, it will mark the world’s first commercialized gas turbine to make exclusive use of ammonia as fuel in a system of this scale, and will aid in the promotion of decarbonization of small to medium-scale power stations for industrial applications, on remote islands, etc.

Developing a method for directly combusting ammonia will further expand Mitsubishi Power’s lineup of carbon-free power generation systems. A challenge needing to be addressed with direct combustion of ammonia is the production of nitrogen oxide (NOx) caused by oxidation resulting from the combustion of the nitrogen component of the fuel.

Mitsubishi Power is aiming to resolve this issue through commercialization of a gas turbine system that combines selective catalytic reduction (SCR) with a newly developed combustor that reduces NOx emissions, for installation in the company’s H-25 Series gas turbines (output: 40MW class), which has a rich operational track record spanning the globe.

Ammonia, which is a compound consisting of hydrogen and nitrogen, is a highly efficient hydrogen carrier, and it can also be directly combusted as fuel. In recent years, attention has begun to focus on ammonia from two perspectives: achieving carbon neutrality through transition to a hydrogen society, and minimizing environmental impact caused by existing energy modes. Expectations are held that early introduction of ammonia-based power generation equipment at power companies and independent power providers (IPPs) will promote ammonia’s future use as a carbon-free fuel.

Going forward, Mitsubishi Power will work to advance the energy transition as a member of MHI Group. By prioritizing its resources into expanding its gas turbine power generation and other efficient, environmentally friendly generation technologies, the company will contribute to the stable supply of power, indispensable to global economic development, and the protection of the environment through the promotion decarbonization.