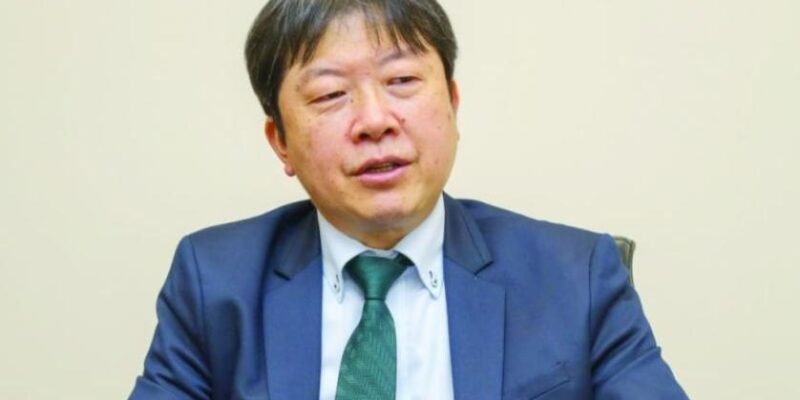 Koichi Nakagawa, Research Director and Chief Consultant at the Mitsubishi Research Institute (MRI) Middle East, revealed that Mitsubishi is intending to sign a number of memorandums of understanding in Riyadh to deepen its research and consultancy collaborations with Saudi government organizations.

These agreements would facilitate the transfer of information and technologies in the energy, agriculture, and health sectors, at a time when Saudi Arabia is seeking to localize industrial and economic competence, he told Asharq Al-Awsat.

Daily, the organization completes 1,800 projects for government and private clients, he stated.

By doing so, Mitsubishi hopes to pave the way for future collaboration with the Japanese government and technology providers developing comprehensive solutions to climate change.

This type of collaboration could improve the energy sector’s sustainability and aid in the development of new industries and businesses.

Additionally, it promotes the transfer of hydrogen and ammonia technology and experience in areas such as high-efficiency equipment, district cooling, infrastructure management, and the development and use of alternative fuels.

According to Nakagawa, the MRI picked Saudi Arabia as the first regional platform in the Middle East to commence its research and consulting activities due to the Kingdom’s vital role in the area, the strength of its economy, and the new initiatives resulting from Kingdom Vision 2030.

He expressed excitement about the prospect of forging agreements with multiple government agencies to commence MRI’s operations in Riyadh and from there to the rest of the world.

He acknowledged that he addressed potential avenues of collaboration with the Ministry of Energy, particularly in terms of information transfer and discussions in the fields of technology and renewable energy.

He also made contact with the Ministry of Agriculture in order to optimize his understanding of agricultural and food production. Nakagawa also spoke on health care technologies.

He discussed measures to maximize green and climate economics with the King Abdullah University of Science and Technology.

Nakagawa noted that “the Saudi market is enormous and brimming with prospects.”

He stressed that Saudi policies are geared at attracting foreign investment, citing newly launched megaprojects and green initiatives, as well as Saudi efforts to encourage sustainable development and a green economy.

He emphasized that cooperation between Riyadh and Tokyo in the sphere of research and consulting is entering a new age, emphasizing that his country pays special attention to the Kingdom and is seeking to develop cooperation with it in a variety of fields.

Nakagawa noted that 24% of MRI’s work is for government entities, while up to 31% is for private industry. Around 45% of MRI’s activities are devoted to financial institution initiatives, while the remainder is devoted to information technology solutions.