ATOME and Puma Energy to collaborate on Paraguay hydrogen mobility

ATOME Energy and fuel distributor Puma Energy have agreed on a non-binding Memorandum of Understanding (MOU) regarding the provision of hydrogen for use in transportation in Paraguay.

Since 2002, Puma has been doing business in Paraguay, where it operates three terminals from which it delivers fuel to about 200 gas stations.

Other agreements might relate to hydrogen storage, offtakes, and the usage of clean fuels in push boats, as well as the creation of a clean energy supply corridor along Puma’s service station network.

Rutte to discuss hydrogen at the climate summit

On Monday at the climate summit in Sharm el-Sheikh, Prime Minister Mark Rutte will take part in a discussion about early warning systems for natural disasters caused by climate change. He also plans to sign a statement of intent with Oman regarding green hydrogen. Like the other leaders attending the summit, Rutte will address the delegations with a brief speech. Additionally, he will speak with other leaders on an individual basis. His spokesman stated that the schedule is still being worked on.

Hydrogen is regarded as a significant, clean alternative to fossil fuels, particularly for heavy industry and transportation. It is absolutely safe to use. It requires a significant amount of electricity to generate it in an environmentally responsible manner. Green hydrogen is defined as hydrogen that is produced using renewable energy sources, such as solar or wind power. Oman, a sunny desert nation, has favorable cards in such a situation.

The Netherlands and Namibia agreed to work together on hydrogen projects during the previous summit in Glasgow. On Monday, the details of the agreement with Oman will become clear.

With Dutch youth who are also in Sharm-el-Sheikh for the so-called COP27, Rutte ends his trip there with a working supper. Members of the Young Climate Movement and Dutch UN youth representatives will both participate in this.

After receiving funding from the most recent Labor budget, Line Hydrogen, which is eyeing an IPO within the next year, is partnering with Tasmania’s Bonney Energy to construct hydrogen refueling stations in the Apple Isle.

Early in the next year, the privately held Brisbane firm intends to establish a facility in George Town, northeastern Tasmania, close to the port of Bell Bay, where it will produce hydrogen via electrolysis (splitting hydrogen from oxygen). The Bell Bay solar farm owned by Climate Capital will supply it with solar power.

The recent Labor budget included $5.5 million for the George Town project as part of an $89.5 million Commonwealth commitment over six years from 2022–2023 to add hydrogen refueling stations to trucking routes. Line, which has previously raised money through crowd-funding campaigns, has now received government funding for the first time.

Broadband hydrogen detection sensors are being developed by Daehyun ST

An electronic sensor that can precisely examine a variety of hydrogen leaks is being developed by Daehyun ST. The product line has been broadened in addition to the solutions that used unique tape discoloration to check for hydrogen leaking. Through substantial R&D and facility investments, it intends to begin mass production in the first quarter of 2024.

Utilizing components including palladium (Pd), nickel (Ni), and oxide, Daehyun ST and Ajou University have created a broad-spectrum hydrogen detection sensor. To assess whether hydrogen is leaking, hydrogen can produce a change in electrical resistance when it comes into touch with the sensor element. It uses real-time signaling and outside monitoring to look for hydrogen leaks right away. It has a detection range of 100% high concentration to 0.01% low concentration hydrogen. The only technology that can find leaks in every industry, from fuel cell hydrogen production purity monitoring to tiny hydrogen leaks in hydrogen pipes, is Daehyun ST. The prototype stage of development is currently complete, and with the help of Ajou University, it will not only progress technology but also ensure mass production.

South Africa has a huge edge in the production potential of green hydrogen thanks to its top-ranked solar resources, vast open plains, and location as the source of 75% of the world’s platinum group metals.

In a South African setting, ensuring the growth and preservation of intellectual property, technology transfer, and project management expertise are all crucial components that complement these inherent advantages.

For these reasons, the West Coast’s Keren Energy, Sakhumnotho, Cape Stack, and Namaqua Engineering have joined forces with the South African Institute for Advanced Materials Chemistry (SAIAMC) at the University of the Western Cape (UWC).

In this partnership, SAIAMC served as the principal partner in the development of technology and expertise for a green hydrogen proof of concept (POC) project in Vredendal.

According to the private and public supply strategy for pollution-free vehicles, the city declared on the sixth that it expects to provide 25 hydrogen cars by the end of this year. Eight automobiles could be registered by the end of October.

The company wants to offer 45 hydrogen cars and 6 commuter buses to the industrial complex next year after securing 3.562 billion won for the project.

Infrastructure for green mobility with hydrogen charging will be developed along with the supply of hydrogen-powered automobiles.

By the end of March of the following year, Kohaigen, a business that specializes in hydrogen charging, will spend 8 billion won to construct a public hydrogen charging station in Jangheung within the Pohang Steel Industrial Complex. The Ministry of Environment is promoting this project as a privately funded initiative.

By 2025, the city intends to increase the number of hydrogen charging stations in five areas (Nam-gu 3 and Buk-gu 2). Additionally, the Northern Bus Public Garage Future Hydrogen Transportation Complex Base Construction Project was submitted by the Ministry of Land, Infrastructure, and Transport. 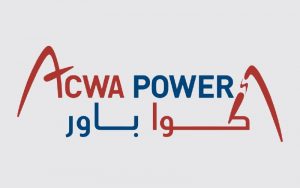