With an estimated €16 million in investment, Monforte (Portalegre) will have a green hydrogen production and maintenance service unit.

The project will be built on land owned by the rural parish of Assumar in the Monforte municipality as a result of a cooperation between Lightsource BP and Douro Gas (LSBPDG).

Paulo Preto dos Santos, from Douro Gás, said to Lusa today that the initiative was subject to approval by the Operational Programme Sustainability and Efficiency in the Use of Resources (PO SEUR) a year ago, and that we are now putting it into practice.

The project, with an estimated €16 million investment, consists of a green hydrogen production unit and a solar photovoltaic component. By the end of 2023, the project must be operational, and the unit can only create “at most” 89 kg of hydrogen per hour.

Redes Energéticas Nacionais, or REN, is one of the entry points to the high-pressure gas network, hence that is why Monforte was selected as the project’s development site.

Gonçalo Lajem, the mayor of Monforte, expressed his “great pleasure” in welcoming this investment and added that this initiative should generate “five or six” jobs.

Which, although not much for communities with more established economies, “is another chance” for the one he leads.

In most cases, we’re talking about competent labor when we say that five or six positions in Monforte are equivalent to 500 or 600 in Lisbon. 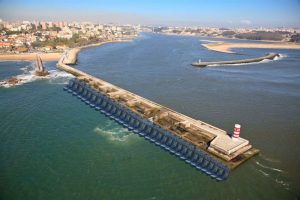