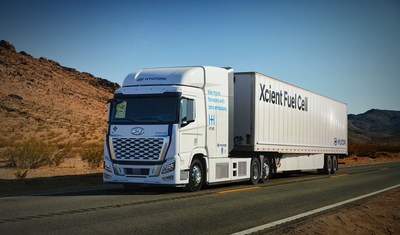 By 2026, Chungbuk Province’s manufacturing capacity will have progressively increased to more than 6 tons per day.

13 hydrogen refueling stations have been operating in the province as of this month, according to the province on the 27th.

The development of the hydrogen vehicle supply has led to an increase in hydrogen charging stations recently, but since there are no manufacturing facilities in the province, it is challenging to deliver hydrogen.

Due to a strike by the cargo coalition last month, the supply of hydrogen was cut off at chemical complexes in Chungnam and Ulsan, which inconvenienced users of hydrogen cars in the Cheongju region.

The provincial administration is making great efforts to increase hydrogen production capacity in order to address this issue.

In the high-tech valley industrial complex in Gangnae-myeon, Cheongju-si, a hydrogen refueling station geared toward manufacturing will be constructed.

The Ministry of the Environment will provide 4.2 billion won, while the firm that specializes in improving hydrogen, JNK Heater, will contribute 8.7 billion won.

It serves the province with a daily output of 1 ton of hydrogen.

By obtaining further government funding, it intends to raise the manufacturing scale to 4 tons per day the next year.

Additionally, a facility for reforming carbon dioxide produced during the hydrogen manufacturing process will be put in place.

In Bongbang-dong, Chungju, the first manufacturing-style charging station was constructed.

It has been using local food waste to break down 500 kg of hydrogen each day since last April.

Beginning in 2023, the provincial government will support a water electrolysis project that uses hydroelectric power and water from the Chungju 2 Dam to create 1.3 tons of hydrogen every day.

Additionally, a number of enterprises are being examined, including those that produce hydrogen using waste plastic, ammonia, or on a huge scale.

By 2026, the province administration hopes to construct such a factory and increase existing ones so they can create more than 6 tons of hydrogen each day.

“Hydrogen energy is a new energy business in which public and private investment is made regularly,” a representative of North Chungcheong Province stated.

Government and Promigas discuss the use of green hydrogen