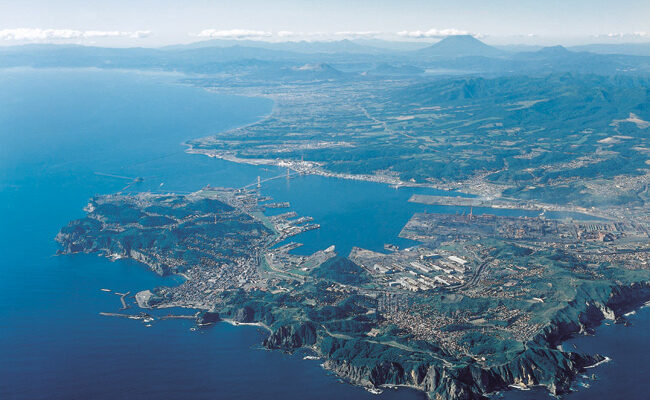 Muroran port in northern Japan is aiming to begin green hydrogen imports in the 2030s, probably from northern Europe via the Arctic shipping route, as a first step toward realizing its ambition to become a hydrogen hub in the country.

The transport ministry recently authorized a proposal to revitalize Hokkaido’s Muroran port, which includes land planning for the future establishment of a hydrogen hub on the site of a former Eneos refinery. The company operates an oil storage following the closure of a 180,000 barrels per day refinery in 2014 and the cessation of oil and petrochemical product production in 2019.

Muroran has been studying the possibilities of promoting the hydrogen industry’s development, leveraging its substantial manufacturing base and current import and logistics infrastructure. The port is home to the Muroran plant of Japanese steelmaker Nippon Steel as well as adjacent steel companies.

The city established a long-term goal last year to transform Muroran port into a hydrogen import and supply hub by 2050, based on the potential for hydrogen demand in steelmaking, electricity production, and shipping. Muroran is proposing importing green hydrogen from Europe across the Arctic Ocean to Japan as part of the strategy. It wishes to capitalize on the port’s potential to accept huge ocean-going vessels and its proximity to Russia.

Muroran’s hydrogen strategy calls for the storage of imported green or blue hydrogen, as well as domestically produced hydrogen, in an existing Eneos facility with a capacity of 1 billion Nm3 (90,000t) of hydrogen or 680mn Nm3 of hydrogen carrier methylcyclohexane. The hydrogen is intended to be distributed via pipelines to local customers or used as a fuel for the creation of synthetic methane. Any surplus will be transported by vehicle or coastal ship to other consuming locations near Tokyo and exported to Asian countries.

Muroran joins other Japanese ports such as Yokohama and Kobe in leveraging existing infrastructure and pioneering the hydrogen and ammonia industries. Tokuyama-Kudamatsu port in western Japan has enlisted oil company Idemitsu to investigate the possibility of importing ammonia at the site of its former refinery.