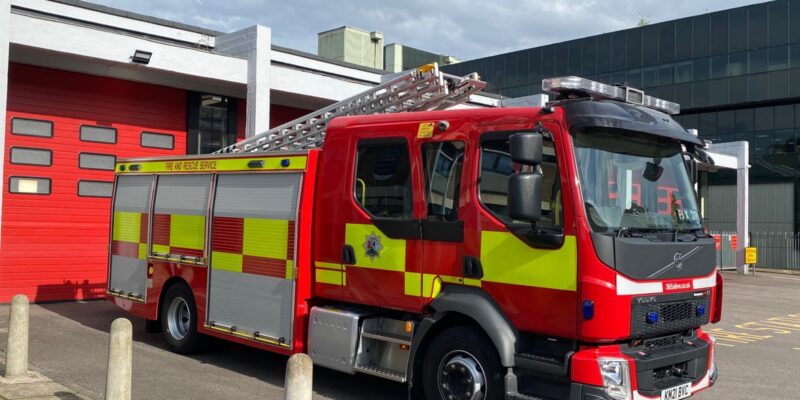 Fire services across the United Kingdom may experience a technological transformation in the coming years as a result of the initiation of a new research project.

The initiative will see the introduction of hydrogen-powered fire engines into operation.

ULEMCo, a hydrogen fuel engineering company, will collaborate with Oxfordshire County Council’s Fire and Rescue Service on the project. The project has received funding from Innovate UK through the Transition to Zero Emissions project.

Councillor Pete Sudbury, Oxfordshire County Council’s Cabinet Member for Climate Change Delivery & Environment, said: “Hydrogen could play an important role in our efforts to decarbonise, especially where battery powered electrification is challenging in heavy duty vehicles like fire engines. I’m delighted that we are partnering with ULEMCo on this innovative feasibility study as an important step in exploring and advancing zero carbon solutions. The county council’s fire & rescue service will provide operational insight while the council’s unique Innovation Hub along with Climate Action team will work with ULEMCo to facilitate the project.”

Rob MacDougall, Chief Fire Officer for Oxfordshire County Council’s Fire and Rescue Service, said: “Oxfordshire County Council’s Fire and Rescue Service is absolutely committed to act towards our net zero target and building on the work we have already done to move part of our fleet away from internal combustion engines. Heavy fire engines pose a particular challenge and we feel that hydrogen powered fuel cells can play a promising role in delivering on the county’s climate action ambitions.”

Amanda Lyne, Managing Director of ULEMCo, said: “We are excited to be working on this important initiative to plan the future of specialised utility vehicles such as fire tenders”, said. “Hydrogen has tremendous potential for enabling zero emission vehicles in the short term.”

The eight-month research initiative will focus on developing a thorough model of the hydrogen energy requirement. This will include the energy required to pump water for at least four hours, as well as the vehicle’s optimal range. The test procedure will collect real-world data on a fuel cell’s performance during the length of the project.

ULEMCo will develop the fire engine’s hydrogen fuel cell electric powertrain, with the goal of producing a complete specification and comprehensive engineered design for a prototype vehicle. This will enable the development to proceed to the following level, which will involve the creation of a prototype.

Along with the study, the county council will draft a strategy for the hydrogen refueling needs of its fire and rescue service, as well as broader ambitions to develop a hydrogen infrastructure throughout the county.

The project comes as the county council works toward achieving net zero carbon emissions for its own operations by 2030.

Wood receives over 30 hydrogen awards in first half of 2021