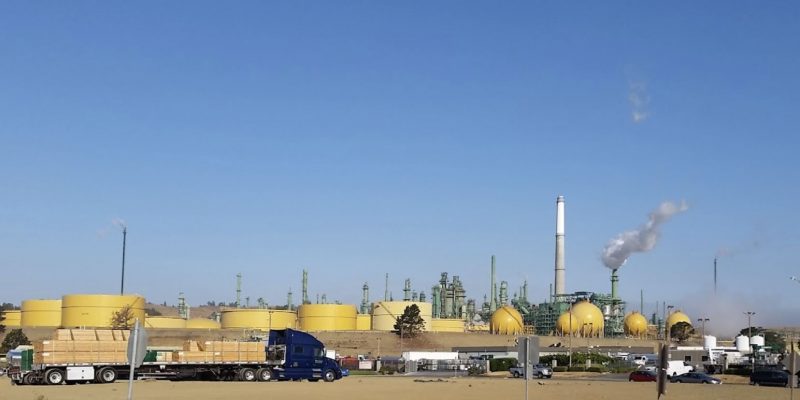 According to a presentation given yesterday by Bay Area Air Quality Management District (BAAQMD) officials, new limits on vented methane and organic compound emissions from refinery hydrogen plants could be approved as early as 2022 as regional regulators pursue greenhouse gas (GHG) reduction targets.

Two refineries would most certainly be forced to deploy possibly costly refinery flare technology as a result of the decision. Valero, which has a hydrogen facility at its 145,000 b/d Benicia refinery, and Air Products, which owns three units at PBF Energy’s 157,000 b/d Richmond refinery, were previously listed as possibly impacted parties by the BAAQMD.

In order to convert oil into gasoline, diesel, and jet fuel, refineries employ hydrogen in many units. Hydrotreaters remove sulfur and other unwanted chemicals from hydrocarbon feedstocks, whereas hydrocrackers react heavy distillates with hydrogen to produce higher-value products. As product standards have gotten more strict in line with environmental regulations, refinery demand for hydrogen, which is typically produced by steam methane reforming using natural gas, has surged during the last decade.

BAAQMD has increased refinery inspections in recent years with the goal of lowering GHG emissions in the San Francisco Bay region by 40 percent by 2030 and 80 percent by 2050. It has already enacted a new restriction on emissions from fluid catalytic cracking units (FCCs) this year, which has triggered challenges from Chevron and PBF Energy, the owners of a 250,000 b/d refinery in Richmond, California.

Hydrogen plants at refineries in the region would be required to restrict organic compound venting to 15 lbs/d (6.8 kilogram) and 300ppm on a dry basis under the new draft rule. Operators will also be obliged, among other things, to enhance the frequency of periodic emissions monitoring.

Valero claimed in a July letter to the BAAQMD that the new emissions restrictions would have a “substantial impact” on the firm since they do not provide exemptions for venting that occurs during start-ups, shutdowns, or emergencies. In a letter to the regulator in July, Air Products requested that the proposed regulation be amended to just address methane emissions and not organic compound emissions, which are currently covered by another regional rule. Martinez’s new flare systems are expected to cost around $40 million, according to the firm.

Along with the transfer of petroleum refineries operated by Marathon Petroleum and Phillips 66 to renewable diesel production, BAAQMD is pushing forward with a proposal to extend emissions checks on renewable fuel facilities.

Until November, the agency will consider alternatives to the new compliance criteria for hydrogen production and distribution, with a final hearing on the amended regulation set for February 2022.