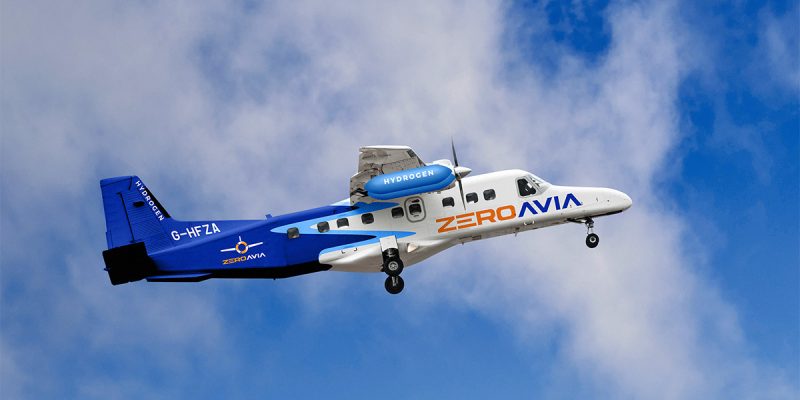 In order to power its HyFlyer II project, ZeroAvia will supplement on-site electrolysis hydrogen production with supply from Octopus Hydrogen. The HyFlyer II project is a UK Government-backed program to develop a certifiable 600 kW hydrogen-electric fuel cell powertrain that will power a 19-seat aircraft with a 500 nautical mile range.

According to the UK Government’s Hydrogen Strategy, aviation is a key future use case for green hydrogen. ZeroAvia and HyFlyer project partners have already created the Hydrogen Airport Refueling Ecosystem (HARE), which includes an on-site electrolyzer.

This technology powered the ground-breaking flight testing of a six-seat Piper Malibu aircraft as part of HyFlyer I and is still in operation as part of HyFlyer II. The corporation determined that an additional ready source of green hydrogen was required to supplement on-site production for the larger program.

Octopus Hydrogen will deliver fuel-cell quality green hydrogen in batches ranging from 200 kg to 1000 kg at 350 or 700 bar. The price per kilogram starts at £5.30. Hydrogen is transported directly to customer sites using zero-emission hydrogen-powered HGVs equipped with mobile hydrogen storage and dispensing solutions.