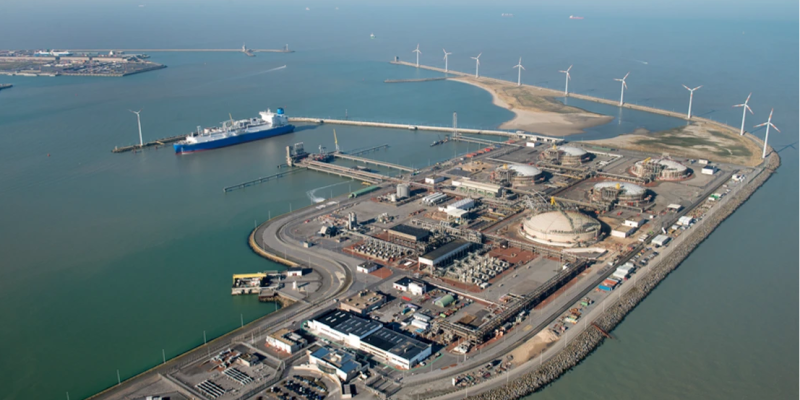 With a gift of EUR 100,000, Europe’s largest export port has joined the German H2Global Foundation.

The foundation’s mission is to make green hydrogen acceptable as an energy substitute in Europe, so furthering the energy transition and reducing reliance on Russian gas supplies.

The Port of Antwerp-Bruges is an important player in the energy transition. Its location in the worldwide logistics network as well as its status as a chemical cluster are critical in expediting the market ramp-up of green hydrogen and its derivatives.

The H2Global Foundation has created a double auction process based on competition in which its subsidiary HINT.CO operates as an intermediary and auctions out green hydrogen and derivatives at the lowest possible price. They then sell the green hydrogen to the highest bidder in Germany and Europe. The 900 million euro subsidy from the German government, BMWK, can offset the predicted negative difference.

“As an energy and feedstock hub and a growing producer of green hydrogen, the port of Antwerp and Zeebrugge is a crucial factor for the logistics that enable the energy transition. Its decision to join the foundation is a sign that H2Global is a joint European and a global effort as well,” as Markus Exenberger explains the new foundation heavyweight now coming on board.

Flemish Minister Jo Brouns (CD&V) is pleased that the port can join with the support of the Flemish government, who co-finances the membership: “We are going to need sustainable hydrogen for the sustainability of our industry and heavy transport. But Flanders and Belgium are too small to produce all our own hydrogen ourselves, so we always have to look at import. That’s why it’s important for the port, as a Flemish industrial cluster, to have a role in H2Global in order to participate with Flanders in this sustainable story.”

The unambiguous message from the Port of Antwerp-Bruges, Europe’s largest vehicle handling port, home to Europe’s largest integrated chemical cluster, and a prominent container port, resonates well with the European and societal core of the H2Global concept.

“As an energy hub, the port is one of the places where the energy transition becomes manifest in a variety of activities, from terminal handling and storage to transmission and distribution networks and off-take,” said CEO Jacques Vandermeiren, commenting on his company’s financial, political and practical commitment to the H2Global Foundation. “Committing massive investments, we are striving to achieve climate neutrality by 2050. Together with our partners in the Hydrogen Import Coalition and the major players on our port platform, we are already supporting projects that pursue the production, transport and storage of hydrogen. Our involvement in H2Global is intended to provide an additional boost to the market ramp-up required for this. In this way we want to reconcile economy and climate.”

The current supply situation viewed against the backdrop of the war in Ukraine and the accompanying energy shortages underline the urgency: “It is currently impossible for north-western Europe to obtain all the energy it needs from renewable energy sources,” says Vandermeiren, outlining the geopolitical and economic background. “The plans for importing green hydrogen from countries with much more solar energy are becoming more and more concrete.” Green hydrogen – or its derivatives – will be arriving at major ports such as Antwerp-Bruges, among others. And this is where the foundation’s idea behind the H2Global funding programme comes in.

Annick De Ridder, president of Port of Antwerp-Bruges: “It is the declared ambition of our port to become the ‘green port’ of the future and the energy gateway to Europe. As an active pioneer of the hydrogen economy we have taken major steps in the last two years, always embedded in fruitful collaborations both at home and abroad. Because the hydrogen chain is complex, we have, for example, joined forces in a Hydrogen Import Coalition with five major industrial players and public stakeholders and are focusing on concrete projects that will shape the production, transport and storage of hydrogen. In the coming years, hydrogen projects such as with Chile and Oman (port of Duqm) will be further developed and we will start the construction of the Hyoffwind hydrogen plant. As a founding member of H2Global, we are putting some more ‘power’ into our hydrogen ambitions.”

Today, the Port of Antwerp-Bruges is introducing alternative energy sources such as hydrogen, which are being converted into sustainable raw materials and fuel for the port’s chemical sector. The port is also projected to play an important role in the import and manufacture of green hydrogen locally. Initial green hydrogen production will begin in 2023, with a ramp-up period from 2025 to 2027 for huge volumes of green molecules arriving from abroad.

Exenberger: “The Port of Antwerp-Bruges is at the forefront of green hydrogen logistics and production in Europe. The fact that the port is so committed to our foundation and to the rapid establishment of a hydrogen market in Europe shows just how important instruments like this are for the European economic area and a common security architecture.”