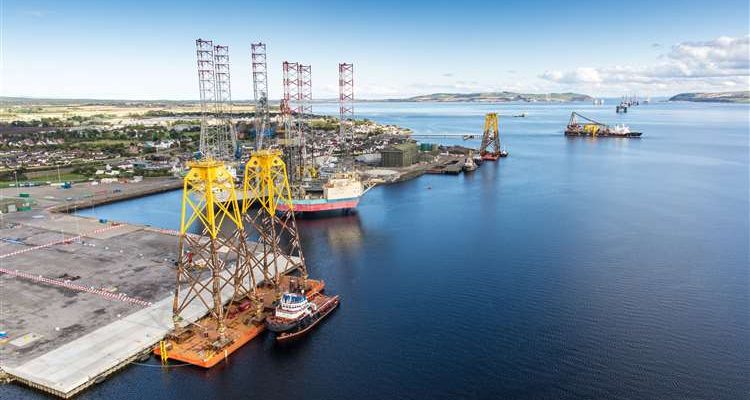 The Port of Cromarty Firth has agreed to transport green hydrogen from Norway to the Highlands via the North Sea.

The Memorandum of Understanding (MoU) with Gen2 Energy AS, a Norwegian company, will pave the way for green hydrogen imports from Norway into the UK energy market.

By mid-2023, the partnership will provide security of supply for the Cromarty Firth’s own plans for a large-scale electrolyser facility, as well as green hydrogen to those who want access to the clean energy, giving them the confidence to start making concrete plans to switch their infrastructure.

It will also help the Scottish Government achieve its goal of becoming a leading hydrogen nation by 2030, producing 5GW of renewable and low-carbon hydrogen – enough clean energy to power 1.8 million homes.

The MoU is also a significant step forward in the effort to establish a green hydrogen hub in the Cromarty Firth, providing a new international dimension to the Highland region’s goal of producing, storing, and supplying hydrogen to the rest of Scotland, the United Kingdom, and Europe.

The Firth will become the UK transhipment hub for Gen2 Energy’s hydrogen, which will be shipped across the North Sea from Norway’s surplus renewable energy. Hydrogen would then be transported by road, rail, and sea to customers throughout the United Kingdom.

Port of Cromarty Firth chief executive Bob Buskie said: “This is a historic moment for the Port, and for the move towards green hydrogen as a reliable and secure source of energy in the Highlands, Scotland, and the UK.

“We are on the cusp of another renewable energy revolution, with demand for clean energy rising every year. This MoU can put the Highlands on the map as one of the largest suppliers of clean hydrogen energy in Europe, alongside our established leadership in the onshore and offshore wind markets.

“Norway’s remote northern regions have similar issues to the Highlands in terms of an excess of renewable energy, and constraints on putting that energy into the electricity grid. However, they are significantly more advanced domestically in the production of green hydrogen. The ability to produce and ship hydrogen to new markets is a huge opportunity for them and they see the Port as a key partner to the UK market. This will give companies throughout Scotland, and indeed the UK, the confidence to switch their infrastructure to clean energy sources, accelerating the decarbonisation process.”

He added: “Through this Memorandum of Understanding, we have the potential to not only distribute green hydrogen but develop our own substantial production infrastructure, allowing Scotland to retain its position as a global frontrunner in clean energy. It will also have a positive effect on Scotland’s energy transition plans and provide skilled jobs and business opportunities for decades to come.”

Jonas Meyer, chief executive officer of Gen2 Energy, said: “We are very pleased to sign this MoU with Port of Cromarty Firth. The agreement marks a significant milestone in the creation of a value chain for hydrogen between Norway and the UK, resulting in significant environmental and social benefits as we move towards a net zero emission society.

“Gen2 Energy is working diligently to build large-scale production and distribution of green hydrogen with zero emissions through the value chain. Together with Port of Cromarty Firth, we are able to provide customers with easily adaptable plug and play solutions for green hydrogen and ensure supply security from multiple production locations.”