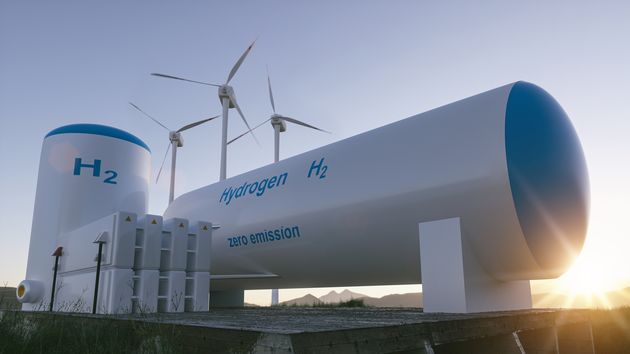 The Port of Rotterdam Authority has strengthened its partnership with DeltaPort Niederrheinhäfen, allowing this set of inland ports in the northern Ruhr area to serve as a regional hub for importing green hydrogen from Rotterdam.

The declaration of intent was signed by both sides. Other signatories were German firms Thyssengas, Eon, Nordfrost, and Kreis Wesel, as well as regional development corporation Kreis Wesel.

Green hydrogen can play an important part in the energy transition, which is required to satisfy the Paris Climate Agreement’s goals. Germany, like the Netherlands, will have to import hydrogen if it is to fulfill the predicted rise in demand for green hydrogen.

DeltaPort considers the partnership an excellent opportunity to combine activities and integrate these with the hydrogen strategy of North Rhine-Westphalia. The significance of this project goes way beyond our region,” said Andreas Pinkwart (FDP), Minister of Economic Affairs, Innovation, Digitisation, and Energy of North Rhine-Westphalia when the declaration was signed. The H2UB DeltaPort project is focused on the supply of hydrogen for regional users in the Wesel and Kleve districts.

Emile Hoogsteden, Commercial Director at the Port of Rotterdam Authority, explains that “there are two essential projects that make this partnership interesting to the Port Authority. In the first place, we see splendid opportunities for becoming a hub in the supply and transit of green hydrogen. After all, there are many competent parties in the region that are highly interested in this clean energy carrier. If locally produced hydrogen is insufficient to meet demand, hydrogen can be imported via Rotterdam. Inland shipping and rail have a central role in this context. Secondly, we want to help developing a Cool Corridor, a regular inland shipping connection for reefer containers between Rotterdam and the Ruhr area. With Nordfrost’s investment in a new centre for refrigeration logistics that can run on clean energy, we can help develop emission-free inland shipping connections with the deep-sea terminals in Rotterdam. You can compare it with the Alphenaar which acts like a shuttle between Alphen aan den Rijn and Moerdijk for beer brewery Heineken.”