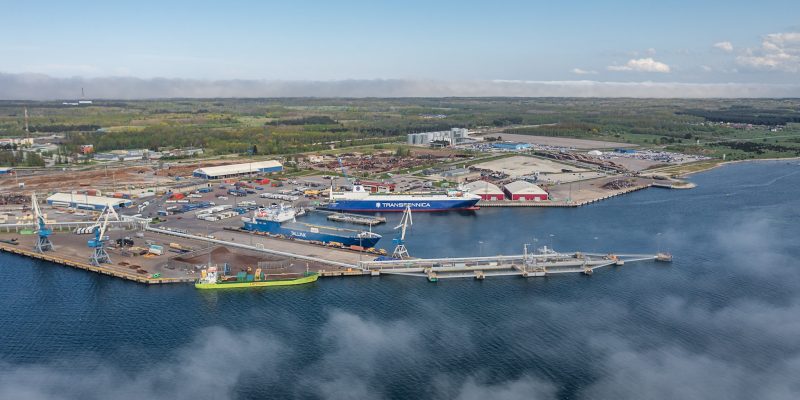 The Port of Tallinn has revealed an ambitious concept with partners to construct the Baltic Sea green infrastructure center in Estonia, which would contribute to Estonia’s climate neutrality goals and boost the country’s competitiveness. It is also investigating the best methods for converting ferries to hydrogen fuel and providing cruise ships with hydrogen refueling capability in the Old Harbour.

The company plans to focus more and more on creating a green energy ecosystem in the industrial parks of Muuga Harbour and Paldiski South Harbour.

“The wind farm service campus could be built in these ports in the future. Also, the plan of building a hydrogen terminal could be attractive for the industries that do not produce energy themselves, but would like to take part in the green revolution and rebuild their production. We are developing an attractive value proposition for both local and international investors.

“The European Green Deal, ambitious climate goals and hydrogen strategy create a very good opportunity to build climate-friendly green infrastructure in Estonia with the support of the European Union. This would contribute to full transformation of the transport sector on the one hand and give a further boost to the renewable energy sector on the other hand, which will provide an incentive to produce green hydrogen, especially in the situations where there is a lot of cheap electricity at the market.”

Margus Vihman, member of the management board and chief commercial officer of Port of Tallinn.

In terms of location, Paldiski South Harbour is ice-free, which is ideal for the export and import of hydrogen. The Paldiski LNG terminal’s theme plan also includes the construction of the infrastructure required for hydrogen transportation. In collaboration with Alexela, a 25,000 m3 hydrogen storage plant is being planned. The latter would allow the export and import of hydrogen in the Baltic Sea region, allowing the Estonian economy to convert to sustainable energy sources. Today, there is no hydrogen terminal in the Gulf of Finland area.

Muuga Harbour benefits from its advantageous position, as does the fact that Rail Baltic will begin there, opening up a slew of new commercial options. According to Port of Tallinn, there will be a future requirement for bunkering hydrogen or other green fuels in the Baltic Sea’s east-west corridor, which is suited for both Muuga and Paldiski South Harbour.

Paldiski South Harbour, with its ice-free and existing port infrastructure, is also ideal as a service port for offshore wind farms due to its position, and there are prospects to create the necessary service campus. The infrastructure would support the production of green hydrogen in Estonia as the share of wind energy in the country increased.

“We should encourage each other and look for allies. Port of Tallinn is ready to act immediately and step on it. We want Estonia to become the number one hydrogen country in the world. However, in order to make this a reality, we need cooperation between the private and public sectors.”

In collaboration with the Dutch Embassy and the business & Flux, a study on the capabilities and potentiality of using green hydrogen in ports was undertaken in the Port of Tallinn, which revealed that Estonia may be a viable position as a center for hydrogen infrastructure in the Baltic Sea. The port has also signed an agreement with the port of Hamburg to collaborate on the development of the hydrogen infrastructure value chain.

The Tallinn Port Authority is also investigating alternative shore power solutions for cruise ships, including hydrogen electricity generation. The corporation is exploring switching its inter-island ferries to more environmentally friendly fuels, and hydrogen could be a viable option.