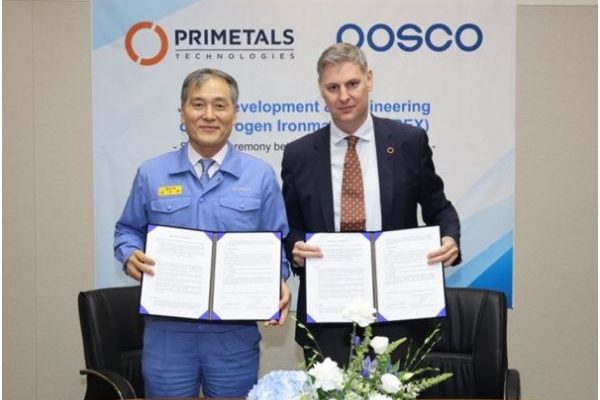 In order to collaborate on the design of a demonstration plant for hydrogen-based reduction ironmaking, POSCO and Primetals Technologies, a British firm that builds plants, have inked a commercial partnership.

A FINEX facility was created by Primetals and POSCO. The new iron-making process FINEX was released for sale by POSCO in 2007. Reduction gas with a 25% hydrogen concentration is used in FINEX plants. They utilize coal and iron ores in powder form instead of the lump-forming sintering and coking processes. Similar to FINEX technology is HyREX. The steelmaker will employ the technique of immediately reducing iron ores with hydrogen while they are in a powdered spectroscopic stage.

By 2030, POSCO intends to assess the viability of producing steel using less hydrogen. Then, via production optimization, it will progressively replace the present blast furnaces in its steel mills with HiREX facilities. By 2050, POSCO wants to become carbon neutral.