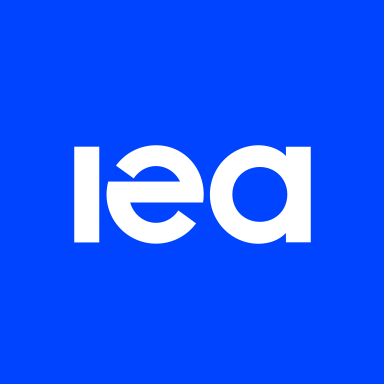 Renewables will account for almost 90 percent of the rise in total power capacity worldwide in 2020 and will accelerate to its fastest growth in the last six years in 2021, according to the latest IEA report.

Renewable energy is rising robustly across the world this year, in contrast to the sharp declines caused by the Covid-19 crisis in many other parts of the energy market, such as oil, gas and coal, according to a study released by the International Energy Agency.

Driven by China and the United States, new additions to renewable energy capacity worldwide would grow to a record level of nearly 200 gigawatts this year, according to the IEA’s Renewables 2020 forecast.

This growth–accounting for almost 90 percent of the overall global expansion of total power capacity–is powered by wind, hydro and solar PV. Wind and solar additions are expected to jump by 30 percent in both the United States and China as developers scramble to take advantage of expiring incentives.

According to the study, India and the European Union will be the driving forces behind the record expansion of global renewable capacity additions by nearly 10 percent next year – the fastest increase since 2015.

This is the result of the commissioning of delayed projects where the development and supply chains were interrupted by the pandemic and the expansion in markets where the pre-Covid pipeline was robust.

India is projected to be the largest contributor to renewables by 2021, with annual additions doubling from 2020.

“Renewable power is defying the difficulties caused by the pandemic, showing robust growth while others fuels struggle. The resilience and positive prospects of the sector are clearly reflected by continued strong appetite from investors – and the future looks even brighter with new capacity additions on course to set fresh records this year and next.”

Over the first 10 months of 2020, China, India and the European Union have pushed auctioned renewable energy capacity by 15 percent more than in the same timeframe last year – a new record that demonstrates expectations of high demand for renewable energy in the medium and long term.

At the same time, the share of publicly traded renewable equipment producers and project developers outperformed most of the global stock market indices and the energy sector as a whole.

By October, the shareholdings of solar companies worldwide had more than doubled since December 2019.

However, policy makers do need to take action to raise the strong momentum behind renewables. In the main forecast of the IEA report, the expiry of incentives in key markets and the resulting uncertainties led to a slight decrease in additional renewable capacity in 2022.

However, if countries resolve these policy uncertainties in time, the study estimates that global solar PV and wind additions could increase by an additional 25 percent in 2022.

The main factors that will influence the pace of deployment will be policy decisions in key markets such as China and effective funding for rooftop solar PV that have been disrupted by the crisis as households and businesses re-invest.

Under favorable policy conditions, annual solar PV additions could hit a record level of 150 gigawatts (GW) by 2022 – an increase of almost 40 percent in just three years.

“Renewables are resilient to the Covid crisis but not to policy uncertainties. Governments can tackle these issues to help bring about a sustainable recovery and accelerate clean energy transitions. In the United States, for instance, if the proposed clean electricity policies of the next US administration are implemented, they could lead to a much more rapid deployment of solar PV and wind, contributing to a faster decarbonization of the power sector.”

Globally, electricity generated by renewable technologies will increase by 7 percent in 2020, underpinned by the record of new capacity additions, the study estimates. This rise comes amid a 5 percent annual decline in global energy demand, the highest since the Second World War.

However, renewables outside the electricity market are experiencing the effects of the Covid crisis. Biofuels used in transport are expected to experience their first annual decline in two decades , driven by an rise in demand for transport fuels this year, as well as lower prices for fossil fuels, which decrease the economic attractiveness of biofuels.

Demand for bioenergy in industry is also decreasing as a result of a broader decline in economic activity. The net effect of these declines and the growth of renewable energy is projected to raise global demand for renewable energy by 1 percent in 2020.

In particular, renewable fuels for transport and industry need potential policy support, as the sector has been seriously affected by the demand shock caused by the crisis. More can and should be done to promote the deployment and advancement of bioenergy to provide renewable fuels for these sectors.

The report’s forecast for the next five years shows that cost reductions and continued policy support will continue to drive strong growth in renewable energy technologies. Total wind and solar PV capacity is projected to exceed natural gas in 2023 and coal in 2024.

Driven by rapid cost declines, annual offshore wind additions are expected to grow, accounting for one-fifth of the total wind market in 2025. Growing capacity would push the amount of renewable electricity generated globally to new heights.

“In 2025, renewables are set to become the largest source of electricity generation worldwide, ending coal’s five decades as the top power provider. By that time, renewables are expected to supply one-third of the world’s electricity – and their total capacity will be twice the size of the entire power capacity of China today.”

ESA and CNES to power Europe’s Spaceport with renewable energy 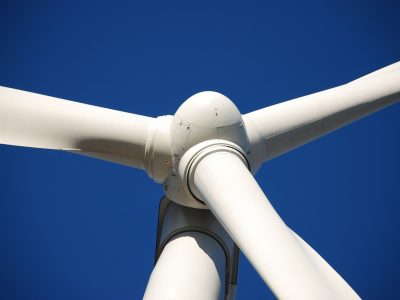 Siemens Gamesa to develop its first wind project in Ethiopia 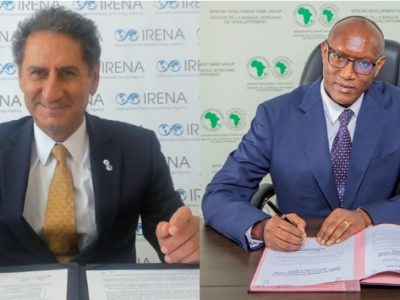 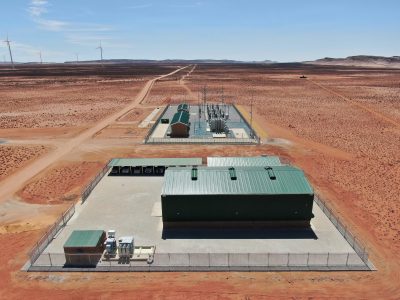 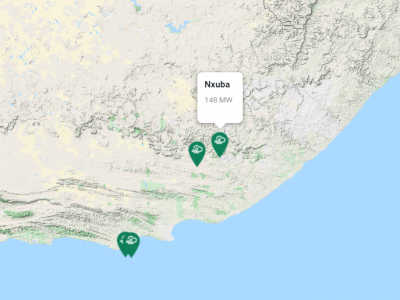