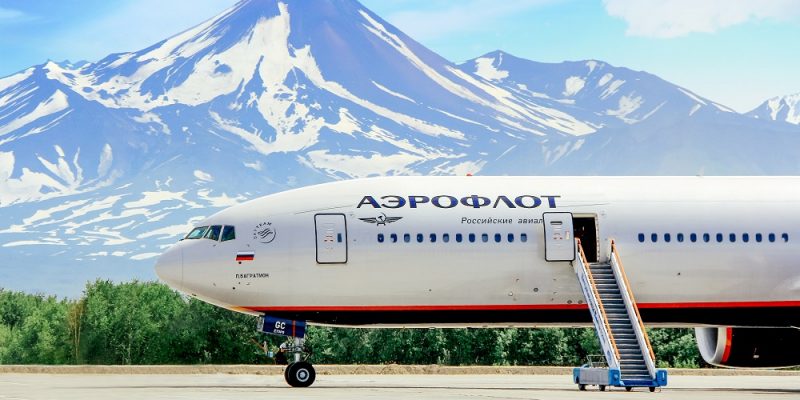 For Aeroflot, the next Eastern Economic Forum in Vladivostok is crucial. Not only because the company, as the event’s “official flying carrier,” is looking for more ticket sales.

The event could potentially serve as a catalyst for the company’s strategic realignment. According to claims in the media, Aeroflot plans to use environmentally friendly fuel on certain routes in the future. At the forum, a declaration of intent with Gazprom Neft will be signed. The development and distribution of the so-called SAF is the responsibility of a subsidiary of the gas giant Gazprom, which is also involved in the oil sector (“sustainable aviation fuel”).

SAF is deemed low in carbon due to its method of manufacture. There are two ways to make this fuel. It’s made from either biomass or synthetically. Biomass relies on the usage of animal and vegetable fats, as well as the processing of waste oils and wood and paper waste. Synthetic fuels are made from CO2 and renewable energy sources.

The PtL method is widely regarded as one of the most promising manufacturing techniques. The acronym PtL stands for “Power to Liquid.” The concept is to split water into hydrogen and oxygen in one step, then combine the hydrogen with carbon dioxide taken from the environment to create a fuel. In Russia, no SAFs are currently being manufactured. However, during the Moscow aviation show MAKS 2021, Gazprom Neft spokesman Anton Dianov claimed that the corporation was ready to do relevant research “in collaboration with airlines, aerospace technology producers, and regulatory authorities.” Given the companies participating, it’s safe to assume that the focus will be on hydrogen production. In Russia, this is also the current tendency.

According to Alexej Sinitzki, Director of Science and Development at the Infomost consultancy firm, developing a market-ready SAF in Russia takes three to four years. In any event, the cost of manufacture is much more than that of traditional kerosene. The costs are one and a half to five times greater, according to various estimates. Using SAF for Aeroflot, on the other hand, may make financial sense.

The International Civil Aviation Organization’s Carbon Compensation and Reduction Program (Corsia) is the context for this (ICAO). The goal of Corsia is for CO2 emissions from international air transportation to stop increasing by 2020, and then for net emissions to be cut in half by 2050 compared to 2005. Emissions trading is the method. To offset their emissions, airlines that emit too much must purchase allowances.

Airlines have been required to submit their emission values to the ICAO through national authorities since 2019. Payments will be due starting in 2027. Analysts believe that at a CO2 price of 50 euros per ton, the Russian aviation sector could earn up to 250 million euros per year. And Aeroflot, which operates the vast majority of Russia’s international flights, pays over half of that: 120 million euros.

This is equivalent to two to three percent of Ebitda. Furthermore, the EU continues to exert pressure: the EU Commission aims to require that aircraft landing at European airports use at least 2% and up to 5% green fuels by 2025, and up to 5% by 2030. Aeroflot continues to prioritize Europe as a destination. In the first few years, the costs of carbon trading and the deployment of alternative fuels are anticipated to be similar.

The financial firm VTB Capital, on the other hand, predicted that “the price for SAF will decline if supply increases.” Switching to green gasoline could save money in the long term. This computation has been made by other airlines as well. Aeroflot isn’t the only Russian airline exploring alternate fuel options. Biofuel development is also being considered by the Challenger S7. “We intend to work vigorously in this direction, notably with our Domodedovo airport base,” the firm said.