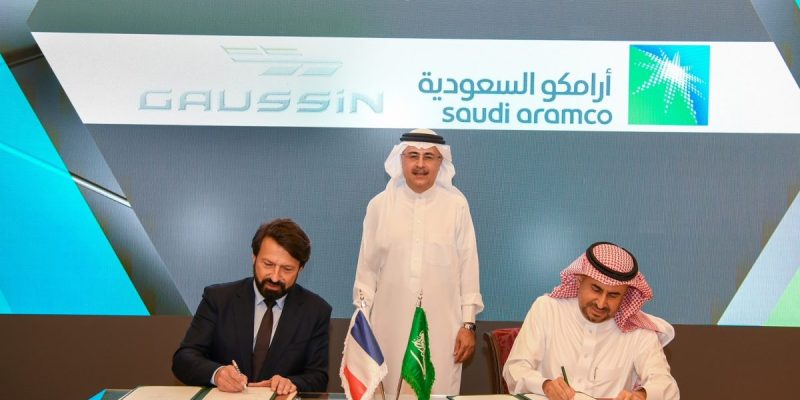 Aramco, the Saudi Arabian oil conglomerate, has struck five agreements with French firms for a variety of projects.

The two firms stated in a joint statement that Aramco’s Advanced Innovation Center (LAB7) will collaborate closely with Gaussin’s hydrogen-powered vehicle and remote controlled/autonomous hydrogen racing truck projects. In addition, at the 2022 Dakar Rally in Saudi Arabia, Aramco will sponsor the world’s first hydrogen-fueled racing truck. Gaussin was the one who came up with the idea for the vehicle.

The agreements were signed during a ceremony organized by the Saudi Ministry of Investment in Jeddah. Saudi Minister of Investment Khalid Al Falih, France’s Minister Delegate for Foreign Trade and Economic Attractiveness Franck Riester, and Aramco President and CEO Amin Nasser were among the guests.

“This collaboration builds on Aramco’s long-standing relationships with a number of premier French firms.” It’s a chance to promote hydrogen as a low-carbon alternative, not only for motorsport but for mass transportation as well,” Nasser said in a release.

“As part of the Namaat industrial investment program, such partnership helps us drive economic growth in the Kingdom and brings us closer to our shared goal of a more sustainable future,” he said.

Aramco also signed memorandums of understanding with Air Liquide on low-carbon hydrogen and ammonia production, as well as a separate agreement on carbon capture and sequestration (CCS); Alteia on advanced artificial intelligence geospatial imagery interpretation and processing in the Kingdom; and Axens on furnace and fired heater manufacturing and maintenance in Saudi Arabia.