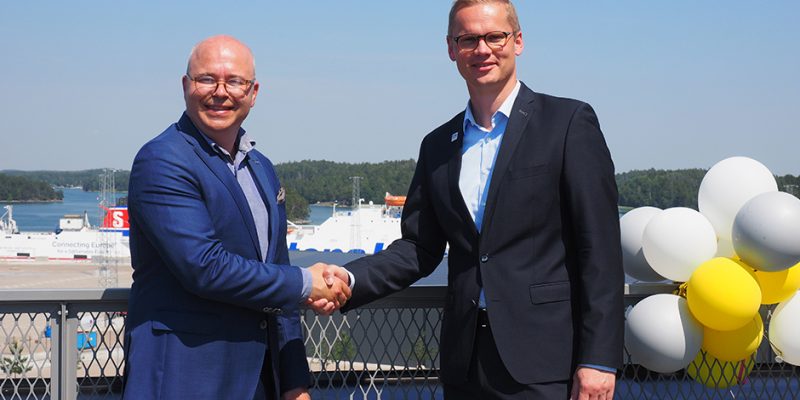 Ports of Stockholm and CMB.TECH are collaborating on an innovative hydrogen project at the Stockholm Norvik Port.

The investment in hydrogen will span port operations and enhance service offerings to shipping businesses, haulage companies, and other clients and partners. The goal is for Stockholm Norvik Port to be the most environmentally conscious and sustainable port in Sweden.

Ports of Stockholm and CMB.TECH have formed a partnership for a groundbreaking hydrogen project at the Stockholm Norvik Port. By constructing a hydrogen fueling station near to the port, the investment signifies the beginning of being able to provide consumers and collaborative partners the chance to convert to hydrogen. Initially, port vehicles will be upgraded to run on clean hydrogen. In 2023, the first hydrogen-powered terminal truck is scheduled to enter service at the Stockholm Norvik Port.

“Hydrogen will play a crucial role in converting to fossil fuel-free transport, both on land and at sea. We are therefore extremely pleased to announce this partnership with CMB.TECH and this drive for hydrogen. This is entirely aligned with the ambitious environmental goals of Ports of Stockholm for operations to be fossil fuel-free by 2030,” explains Anna König Jerlmyr, Mayor of Stockholm.

CMB.TECH is a leading provider of hydrogen solutions and has considerable knowledge of the shipping and transportation industries.

“Being able to enter into this partnership with Ports of Stockholm at the new freight port, Stockholm Norvik, is a pleasure. This is the first port in Sweden we have worked with, and we hope to be able to contribute with our knowledge and experience in converting from diesel to hydrogen. This provides entirely new possibilities to further develop Stockholm Norvik Port as the climate-smart port it already is,” states Alexander Saverys, CEO of CMB.TECH.

The hydrogen goal is one step in the process of increasing the use of climate-friendly fuels for overland transportation and cargo. The most environmentally conscious and sustainable port in Sweden will become even more sustainable.

Ports of Stockholm employs a proactive, long-term, and strategic approach to accomplish environmentally responsible port operations and shipping, and has set ambitious environmental goals. The Ports of Stockholm have received ISO 9001 and ISO 14001 quality and environmental certifications. This indicates that the organization operates in a planned and methodical manner to promote continuous improvement and reduce environmental consequences. The company also reports on sustainability using GRI Standards at the Core level.