To take advantage of the plentiful solar and wind energy sources, SA set its sights on drawing as much as R4.33 trillion ($250 billion) into its fledgling green hydrogen industry by 2050.

According to Masopha Moshoeshoe, a green economy specialist in the president’s investment and infrastructure office, the sector may generate up to $30 billion in revenue annually and 1.4 million new jobs by that time.

One of the three methods SA is attempting to change its economy away from a dependence on coal, which accounts for more than 80% of its electricity, is the production of green hydrogen, which is produced by splitting water using renewable energy. The other methods include fostering the electric vehicle industry and switching to wind and solar energy for power generation.

The idea would have SA export up to 8 million tonnes of the clean-burning fuel and its derivatives by 2050 and satisfy local demand of 2 to 5 million tonnes, according to Moshoeshoe, who presented it at the COP27 international climate summit in Egypt.

While other African nations like Namibia and Morocco have already established themselves as potential producers of hydrogen, he claimed that Russia’s invasion of Ukraine has increased interest in supply and opened up new prospects for cooperation.

The fighting has increased natural gas costs and jeopardized supply security. Investment firms, governments, and utilities have all committed to investing billions in clean fuel.

With a concentration on providing South Korea and Japan, the country has the ability to supply 4%–8% of the world market for ammonia, which is made using hydrogen.

The presentation demonstrated that in order to serve the sector, between 140,000MW and 300,000MW of renewable energy generation capacity would be required, as opposed to the nation’s existing total installed capacity of just over 40,000MW.

According to statistics in the presentation, 6,000MW–10,000MW of dedicated renewable energy plants will need to be constructed by 2030 in order to power 3,000MW–5,000MW of electrolyzer capacity. Water is converted to hydrogen using electrolyzers.

According to Moshoeshoe, several bilateral discussions are currently going place between SA and potential markets. 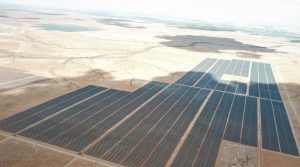