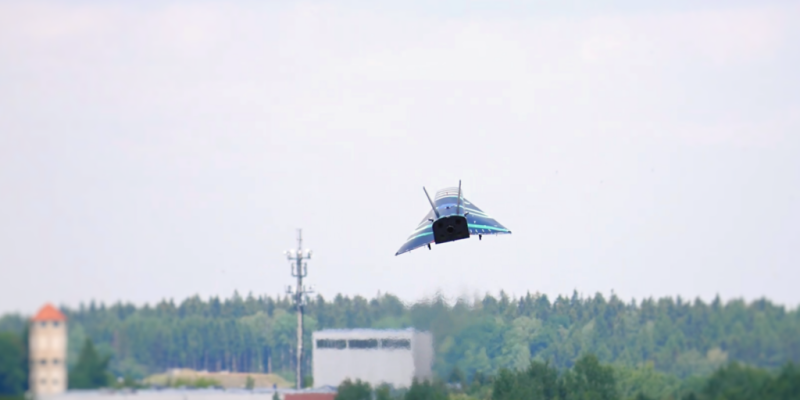 Jungfrau, an autonomous hypersonic aircraft constructed by Swiss company Destinus at a cost of 25.5 million euros, will reportedly be capable of reaching Mach 15 speeds.

This vehicle utilizes hydrogen as a fuel source, therefore it might serve as a greener and speedier alternative to current flights.

According to the business, the Jungfrau is halfway between an airplane and a rocket, as it will execute operations similar to those of an airplane, but will be able to rise and accelerate to speeds greater than the speed of sound.

The prototype they intend to construct will reach heights of up to 60 kilometers above the surface of the Earth. This will enable it to transport cargo between continents in under two hours. In reality, according to Destinus charts, the Jungfrau will achieve supersonic speed in 15 minutes and cruise speed in 20 minutes.

According to Destinus, its power will be so immense that it will have to begin braking forty minutes before to touchdown. It specifies that at its supersonic speed, Jungfrau can traverse about 800 kilometers in 40 minutes.

“By the end of next year, we intend to fly the next edition of the prototype equipped with both the ATR engine and a second hydrogen rocket engine: this will be the configuration for our commercial vehicles,” Destinus CEO Mikhail Kokorich stated.

Before beginning to plan the prototype Kokorich mentions, the company had previously designed a successful small-scale prototype. The plan is to produce a full-size model by the end of 2022, a year after the prototype is created.

Destinus intends to use the airplane to provide emergency supplies to any location on Earth. Jungfrau is capable of carrying approximately one ton of cargo, which could include “isotopes with a short half-life for cancer therapy or human organs.”

The company has began discussions with European and Swiss authorities “to establish new certification and regulatory requirements for the hyperplane,” according to the CEO. This will allow them to continue testing prototypes on the continent, allowing the project to progress.

The hydrogen IPCEIs are known, now what?