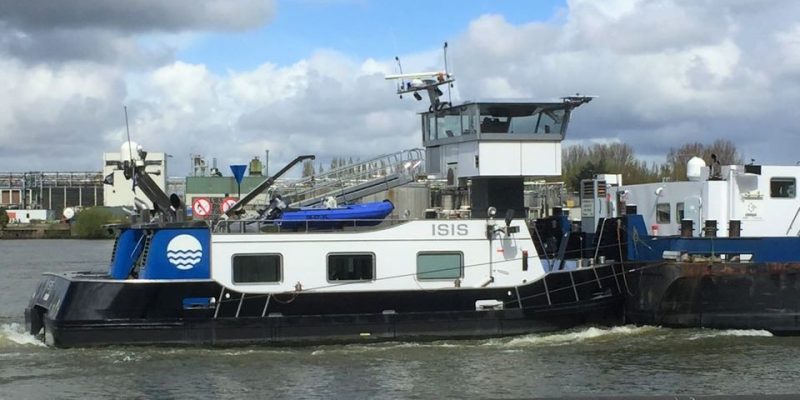 TECO 2030 ASA has inked a supply frame agreement with Chemgas Shipping BV, a Dutch shipowner. The agreement might result in the supply of up to 200 megawatts of total fuel cell module capacity.

The modules will be put on Chemgas Shipping’s new hydrogen-powered tugboats and transport barges that will operate on Europe’s second-longest river and the longest in the European Union. These boats will be able to sail emissions-free thanks to the fuel cells.

Chemgas Shipping intends to deploy TECO 2030 fuel cell modules on up to 120 transport barges and 40-60 tugboats. The precise quantity is still being determined, and purchase orders defining the cost and delivery schedule for the fuel cells will be signed for each ship over the following five years.

“We are thrilled that Chemgas Shipping has chosen to cooperate with TECO 2030 on this ambitious and important project, and that we have now been able to progress from a letter of intent to a supply frame agreement,” says Tore Enger, CEO of TECO 2030 ASA.

“The economic potential of this framework agreement is large for TECO 2030 and may lead to revenues of up to 150 million Euros over the next three to eight years,” Enger adds.

The vessels on which the fuel cell modules will be installed will be used to transport emissions-free green hydrogen produced in Romania from solar and wind energy along the Danube to industrial consumers in Austria and Germany as part of the Green Hydrogen @ Blue Danube project.

The Austrian energy firm Verbund, one of Europe’s largest hydropower producers, is leading the Green Hydrogen @ Blue Danube project. It is possibly Europe’s most ambitious hydrogen project and is being developed under the European Commission’s IPCEI initiative (Important Projects of Common European Interest).

The project’s objective is to establish a trans-European green hydrogen value chain, from production to distribution to industrial and mobility users. The project’s first phase will concentrate on the generation and use of green hydrogen in Austria and southern Germany.

The second phase will focus on the manufacture of green hydrogen in south-eastern Europe using renewable energy. Wind, sun, and hydropower are turned here into hydrogen, which is subsequently delivered via the Danube to industrial users in Austria and Germany.

TECO 2030 and Chemgas Shipping are among the project’s participants, and the two firms signed a letter of intent in September 2020 for the supply of fuel cells.

The first fuel cell delivery is scheduled for spring 2023, and it will be a pilot model. Deliveries will continue in the coming years, with the majority occurring after 2025.

The fuel cells will be put on both the transport barges used to transport green hydrogen from Romania to Austria and Germany, as well as the tugboats that will move the barges along the Danube.

“The TECO 2030 marine fuel cell is the optimal solution for travel on interior waterways. We must deal with low water scenarios in which large batteries are not acceptable,” explains Gunther Jaegers, managing partner of Chemgas Shipping.

Hydrogen fuel cells are the engines of the future since they convert hydrogen to power with no emissions other than water vapour and warm air. Ships can use hydrogen as fuel and become emission-free by installing hydrogen fuel cells.

Hydrogen fuel cells provide a zero-emission alternative for applications where batteries are not a viable solution, such as weight considerations. Fuel cells provide a greater range than batteries, are lighter, and take up less space. They do not require charging and can be refueled with hydrogen in a manner similar to that of conventional fossil fuels.

TECO 2030 is currently developing the world’s first fuel cell system for use onboard ships and other heavy-duty applications in collaboration with Austrian powertrain technology company AVL.

DNV, one of the world’s premier classification and certification agencies, has issued a “Approval in Principle” (AiP) for the TECO 2030 Marine Fuel Cell System and Fuel Cell Module FCM400, verifying their safety for usage onboard ships.

The TECO 2030 Marine Fuel Cell will be manufactured at the company’s new combined research center and factory in Narvik, Norway, which is scheduled to begin production in late 2022.

The EU targets to cut greenhouse gas emissions by at least 55% from 1990 levels by 2030 and to achieve climate neutrality by 2050. All types of transport, including the maritime industry, will be required to contribute to the reduction effort. By 2050, all barges working on Europe’s rivers and canals should be emission-free.

Numerous shipowners will be required to take steps to make their vessels more climate-friendly, and TECO 2030 will assist them.

TECO 2030 provides technology that enables ships to operate more efficiently. Along with hydrogen fuel cells, the company is developing carbon capture and exhaust gas cleaning technologies for the maritime industry, which will enable ships powered by fossil fuels to reduce their environmental and climate impact.