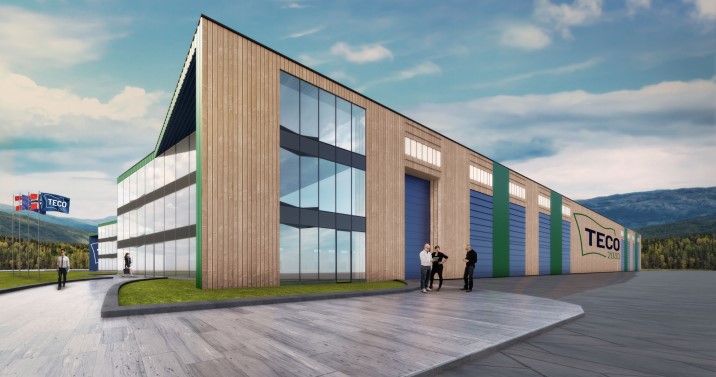 TECO 2030 (TECO) plans to create Norway’s first large-scale development of fuel cells, optimized to be the core of hydrogen powered ships and other heavy-duty installations.

The development of fuel cells is carried out in cooperation with the Austrian engineering company AVL. TECO 2030 has formed a unique partnership with one of the world’s most advanced R&D clusters. AVL will also contribute to the design and development of the facility.

“Our ambition is to build an advanced innovation centre combined with a giga factory, meaning that we will produce fuel cells with a capacity of 1200 megawatts, or 1,2 gigawatt, per year. This corresponds to several hundred million € in annual turnover. This will be the first volume production of fuel cells in Norway and a hub for the Norwegian hydrogen industry.”

“We are optimising fuel cells from the bottom up for heavy-duty marine use. We combine a best-in-class fuel cell solution with a long history of being a trusted engineering partner to leading companies in the global maritime industry.”

TECO 2030 will deliver a marine hydrogen solution that is more reliable, compact and robust than modified automotive fuel cells. The collaboration with AVL has already resulted in the development of TECO Future Funnel, the most full exhaust gas cleaning system in the world. The aim is to launch the production of fuel cells in 2022.

“We’re thrilled about the extensive support for our plans from key actors within the shipping and energy industries as well as from universities. We’re also excited about the Norwegian government’s clear message that industrialization of maritime fuel cells is an area of particular importance for Norway. This is a call to action we’re now responding to.”

TECO 2030 wants to build a facility in Eastern Norway, possibly in Viken, Vestfold or Telemark counties. The business assesses possible sites. The proximity of technology and shipping expertise clusters would be a significant consideration. The Giga factory will generate 500 jobs in research and development, pilot production and full-scale industrial production.

Expected commitments amount to around €100 million over a span of about ten years. Financing alternatives are being evaluated. TECO 2030 has applied for funding under the IPCEI Hydrogen Program through the Norwegian state-owned corporation Enova and is hopeful about a positive response.

Iberdrola and Porcelanosa team up on green hydrogen projects