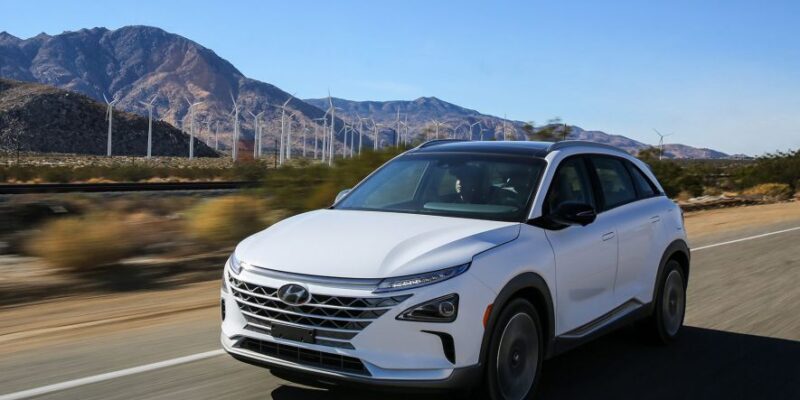 Every business is paying close attention to the projects and policies that the new administration, which will take office in mid-May, will pursue. Among them, there is keen curiosity about whether the Moon Jae-in administration’s ambitious hydrogen economy initiative and growth of hydrogen automobiles would be continued under the Yoon Seok-yeol administration.

Hydrogen automobiles are a vital business for establishing a reduction structure in the hydrogen economy, such as production, supply, and consumption, but they are being criticized for ineffectiveness concerns such as slow growth of essential facilities like charging stations and expensive manufacturing prices. Unlike electric vehicles, which have rapidly gained popularity, hydrogen infrastructure has yet to be established in society as a whole. As a result, there are persistent voices arguing that the speed of hydrogen car policies should be adjusted from a long-term perspective rather than short-term support measures.

The transition committee identified 110 national tasks for the Yun Seok-yeol government on March 3rd. While major policy goals in each field were presented, including political administration, economics, and society, as well as foreign and security policy, future industries such as electric vehicles and the hydrogen economy, focus on carbon neutrality and competition for new energy supremacy, were also revealed.

The Yun Seok-yeol administration devised a strategy to integrate the Moon Jae-in government’s aggressively pushed hydrogen economy initiative with the nuclear power plant project that was rejected. It proposes to aggressively incorporate pink hydrogen (nuclear power-based cracked hydrogen) into the hydrogen ecosystem to be established in Korea while employing nuclear power as a source of energy security and carbon neutrality.

Furthermore, the next administration has made it clear that hydrogen would be developed as an axis of important future enterprises by picking it as a major resource to ensure a robust supply chain and consistent supply and demand, including boosting hydrogen stockpiles and diversifying importing nations. The premise that Korea should lead the global hydrogen business is anticipated to stay the same, despite changes in detail with the Moon Jae-in government.

However, some commentators argue that the proliferation of hydrogen automobiles among the Yun Seok-yeol government’s hydrogen economy initiatives demonstrates a more cautious approach than the Moon Jae-in administration. The expansion of charging facilities for electric vehicles and the reduction of the charging fee burden, which President-elect Yoon promised during the presidential campaign, was specified in 110 government tasks, but hydrogen cars were tied to electric vehicles as non-emission vehicles and were not presented as separate state tasks. Since it failed

Unlike the Moon Jae-in administration, which claimed its role as a public relations ambassador by designating the Hyundai Nexo as a commuter vehicle to the Blue House in some areas, the Yun Seok-yeol administration prioritizes electric vehicles, and hydrogen cars, like in other countries such as Europe, divide commercial areas such as trucks and electric vehicles. provide the possibility of doing so

In terms of worldwide popularity, hydrogen cars are currently obviously inferior to electric vehicles. Hydrogen automobiles are regarded as business vehicles in Europe and the United States, rather than popular for passenger usage. Hyundai and Toyota have introduced hydrogen-powered vehicles in Asia, although their market share in finished vehicles is small. Korea and Japan, which claim to be world leaders in hydrogen vehicles, nonetheless have a long way to go in terms of hydrogen vehicle infrastructure.

“There are many parts that hydrogen electric cars may play in domestic eco-friendly car policies, such as energy conversion and exploitation of components sectors with a high localization rate,” said Ho-Geun Lee, a professor at Daedeok University’s (automobile department). “The execution of the hydrogen car policy must be reviewed with consistency,” stated.

ITC achieves combustion with hydrogen in a ceramic kiln